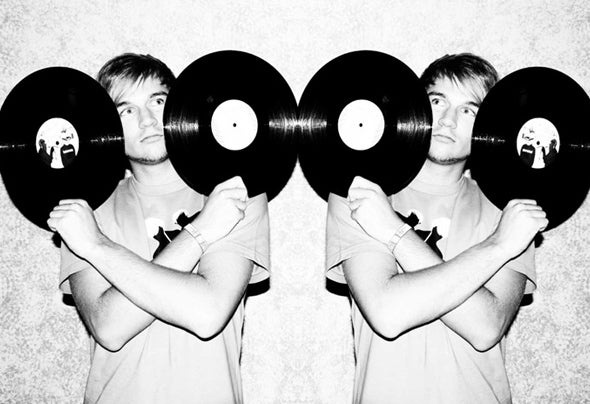 The term “Creativity” describes the ability of creative thinking and acting and originates from the Latin word “creare” which means “to create something new, to invent something, to generate something”. But what has this term to do with Tobias Nawrath? The answer is obvious: His musical productions. This young producer, remixer and DJ expresses all his creativity in his music. The genre, however, is not the most important thing for him. He is able to produce almost all house and techno genres. Finally, he found his big musical love in the Progressive and Tech House, marked with one of what he calls “cunning something”. It does not matter whether it is a freaky Lead, predominant Percussions or extraordinary Grooves – certain extraordinary touch is very important for him.Tobias Nawrath was born in Wernigerode (Saxony-Anhalt, Germany) in August 1989. Still during the time he took his school-leaving exam, Tobias searched his balance in the electronic music world. Starting as a listener and a bit later as a DJ after he with a friend had founded the DJ team “Electrolyten” in December 2007. Tobias gained his first experiences in local performances with Nils when they DJed in known clubs in Central Germany.Thus he discovered his passion during the production of first tracks, and in spring 2008 he decided not be active only as deejay with the “Electrolyten” but also to try to be a producer of electronic music. With his DJ colleague, he founded the Record Label “Bassreflexx Records” where he released his frist tracks under the name of “tobiq!”. That was, however, not enough for him. He set himself a high goal which he is pursuing continuously.After three more years – filled with musical highs and lows, studying at the same time and a song project with Sarah Fietzek – he had his first small breakthrough in February 2011.As soon as he decided to be active as a solo artist in future, he produced the track “Hey Yah” despite little spare time. He was searching worldwide as usual for record labels which might be interested in his track, and it was not long before he received an e-mail from the British record label “Wired”. They agreed quickly and he signed the track, thus being an artist with this London label. “Hey Yah” comes out on Beatport exclusively.At the same time, Tobias reached an agreement with the Hanover label ”16Steps Records” about releasing his previously produced tracks with Sarah Fietzek. A big personal success for both because they had spent a lot of energy and time on their common opuses. They called their first two pieces “Game Over” and “No Reputation To Lose”, first two pieces “Game Over” and “No Reputation To Lose”,Profile Image (590x404)which will be published on “16Steps”. Furthermore, “No Reputation To Lose” and an additional track called “Come Out From Anesthesia” was remixed by one of the old guys from the scene, Patrice Milan. In the same month only, Tobias signed to the Australian label “Shabang Records” for another EP including current remixes.Going his own way has been so successful; he did not expect it to come so fast. Therefore some stage experts state that 2011 will be his year of possible breakthrough. The modest man from the Harz mountains does not think much of such statements. But the truth is that he is making every effort to improve. In future you had better keep you eyes open for the certain “cunning something”.