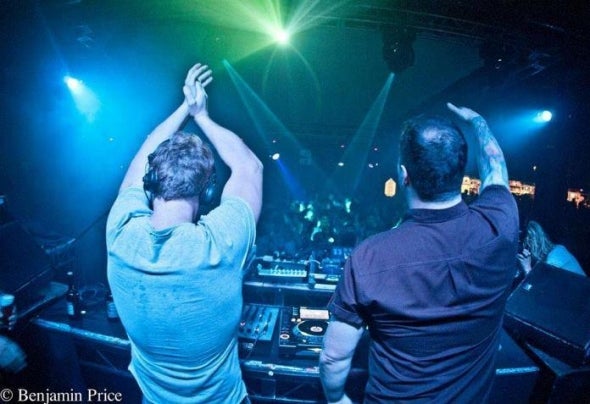 The King Regards is a name that's been bouncing round the proverbial walls of South Wales. Meet Reggie Williams and Ben Richardson, two like minded DJ's who pack crate full's of Jazzy, Jackin, Deep beats into each and every set. They have held the reigns at one of the UKs biggest night for over 4 years and supported some of the biggest names in the business from Claude Von Stroke to Annie Mac.The duo have releases through Southernfried Records, Top Billin and Undertechnikal recordings and their latest offering Is a remix for Berlins Lars Moston. The track " Too Right"(T he King Regards remix), is part of the Payday EP released through M.ins Imprint Audio Safari.The remix has already gained support from the likes of Maceo Plex, Waifs and Strays, Bushwacka, Jepe, Tommy Largo, Tylor Stadius, Israel Vich, Agent and J Paul Getto. It keeps on gaining support worldwide and also features on the brand new compilation by the mighty Pacha, titled "Underground".Next up for the duo (and friend Coma Jones AKA Rhys Hills) a new project called SoulSmoke.Soulsmoke recordings very first release is a stripped back house jam with some smokey rhodes called "Cherokee". Written by Reggie Williams (The King Regards) and Ashley Ferrandez. The track has gained recognition from X-Press 2 , Javi Bora, Robsouls Le Vinyl and played on Radio 1.