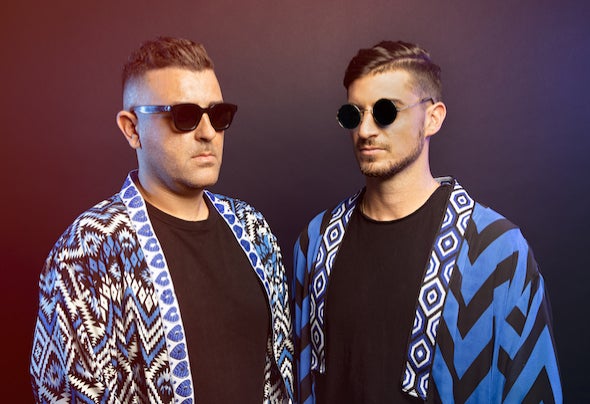 The Kimonos are one of the strongest in-demand Dj duos in the Western Hemisphere. Gabriel Falanga and Omri Malka are based in Los Angeles and have played at some of the biggest venues and cities around the world like New York, Miami, Los Angeles, Tulum, and Ibiza. They have also shared the decks with some of the leading producers and artists from around the world. The Kimonos took part in festivals from Coachella, Burning Man, Heart Festival Miami to the Playa in Tulum, and Desert Craft in Colombia. They were already known from their hometowns in Italy and Israel where many DJ's are from. With time and more involvement and shows, the decision was made to play together. The Kimonos music build a deep connection with their audience through a mix of afro and melodic house, combined with personal style and trending tunes. “En Su Lugar” is the duo’s first record featured with Malone, which was released by the Witty Tunes label in 2019. Shortly after, they released “Ready when you are” album with Natura Viva records. Stay tuned for more news to follow.