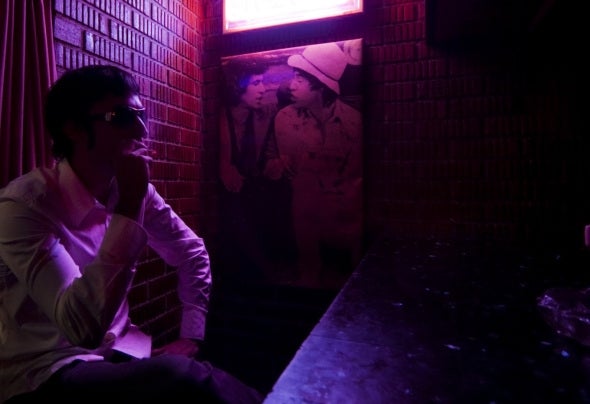 Eduardo Garrido (December 1978) has been a music fanatic since childhood. When he was 17, he worked in a factory during the summer to buy his first mixer. At 19, he took up bass guitar classes. From there, his friend Kote opened the door for him to DJ in the "Atrio" Club, the seminal and alternative club of the north of Spain. DJs such as Garcynoise, Al Velilla, Murray Richardson among others have DJ'd here. Eduardo was the resident DJ in this club for 6 years. At 21 he moved to Barcelona to graduate as sound technician in the prestigious "Microfusa" school. During his time there he dj'd in the alternative club "La Macarena" and in the "La Seda" discotheque. At 27, he left to work with his uncle Jaime Garrido, renowned Sound Engineer and producer in Santiago de Chile. Later on, back in Pamplona, he was resident DJ in the "Reverendos" disco, Artsaia disco, Nicolette Club, Noctua disco... He is currently resident DJ in the "Txuribeltz Club" (old "Ertz) and is producing his own music with the collaboration of studio musicians. He also been invited to take part in radio programs in the local station "Track FM". Regarding the electronic music style, his preferences are: Deep House, Jackin ́ House and Minimal Techno.