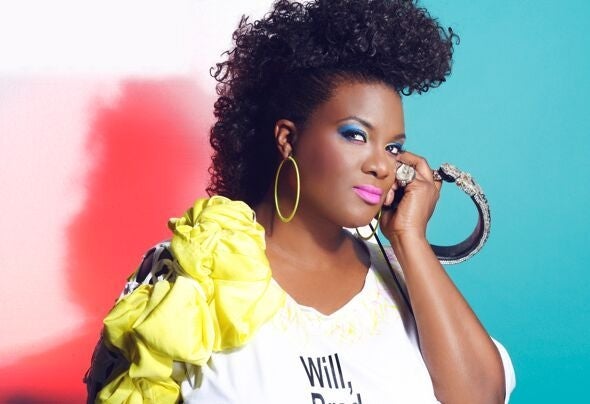 Terri B! aka Terri Bjerre, released her first dance track in late nineties, the infectious “ Oh La La La” as front woman of the Hamburg based duo, 2 Eivissa, which reached no. 1 in Spain, 2 in France, and that is where her history began. Topping charts all over the world, with massive airplay, the track also landed in the US Billboard club charts and remains a pop radio and dance music classic. With the first success, she was already collaborating with several successful producers and managed to moonlight as lead vocalist for the chart topping trance pop duo, Future Breeze and the success continued scoring three simultaneous top 100 releases at the same time in Germany, and planted her feet firmly onto the dance floor market. They scored a top 100 hit in United Kingdom with the brilliant “Temple of Dreams” cowritten by Terri, followed by the the release of the infectious Get Down (put your feet back on the ground) with Jerry Ropero, which was a pitched down version of Terri’s vocal, and blew up clubs all over planet. Everyone knew the song, and it opened doors to collaborations with Dance superstar producers like Roger Sanchez, Eddie Thoneick, Dj Antoine, D.O.N.S, Kurd Maverick, John Dahlback, Niels Van Gogh, Mathias Menck, Micha Moor, Jerry Ropero, Syke and Sugarstarr and the list goes on. Terri, a successful pop writer based in Hamburg collaborated on the Mega successful 2011 Lp for dance darling Medina, of Copenhagen, scoring 5 titles, including the single Lonely for Europe. Successful releases like the banging Agent Greg cooperation, Time Won’t Wait, went straight to no. 1 on the US DMC charts, comparable to her huge success with the cover of Soul Heaven with Swedish producer/dj Henrik B!, which topped dance charts worldwide. In 2011 Terri collaborated with Timofey & Bartozs Brenes and received a record breaking 40 plus weeks in the the Russian Radio top 100 with the mega hit Heaven and it continues to be one of the most played songs of the period, with more than 470,00 spins. Her jaw dropping live presence breathes from her passion to give every audience the best she has to offer. Sharing stages with David Guetta, Roger Sanchez, Kurd Maverick, Eddie Thoneick, Syke and Sugarstarr, and D.O.N.S, Tocadisco,and Thomas Gold just to name just a few, have taken her around the globe.