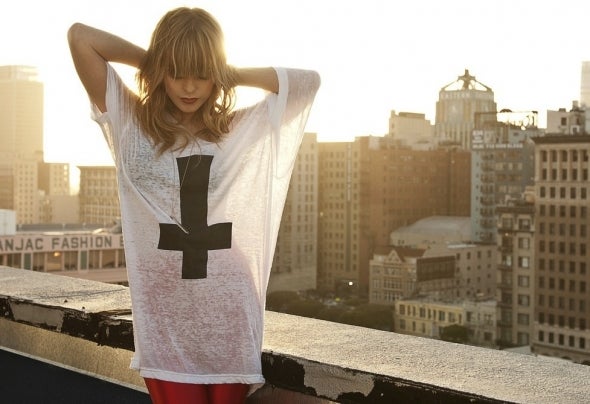 Boasting a love for music in all of its forms, Manning has been eager to explore the depth of her music career. With an exceptional ear for music, DJ Taryn Manning has emerged as a major player in the club scene. Manning has been booked for high profiled events such as the Rolling Stone Bacardi Event, House of Hype’s Sundance and Coachella parties, Rock The Vote Friends & Family Grammy Party, and Richard Bransons Rock The Casbah, to list a few. From premier clubs to music festivals, DJ Taryn Manning has worked alongside some of the biggest names in the game, including Diplo, Rick Rude, DJ Spider, Mia Moretti, Michael Stonerock & Ross One.Manning has shown her longevity within the industry as not only an actress and celebrity, but a true musical force as well. Performing live in between her DJ sets has not been uncommon for this front-woman. Taryn has recently released her new single "Send Me Your Love" ft. Sultan + Ned Shepard, electronica's super DJ/Producer duo, stirring up quite a bit of hype within the EDM world.Manning is a true force to be reckoned with. Defined by her sultry vocals and saucy electronic beats, Manning has had a history of chart topping tracks between her most recent #1 Billboard hit "Send Me Your Love," released in November of 2012 and her 2011 solo release “Turn It Up,” which also topped the Billboard Charts along with Boomkat’s “The Wreckoning,” which made its debut as #1 on Billboard’s Hot Dance Music/Club Play chart and closed out 2003 as Billboard Magazine’s #5 Hot Dance Club Play Artist of the Year. 2012 has been a huge year for Manning and there is no doubt that she will continue doing what she does best, making dance floors ignite all over the world.