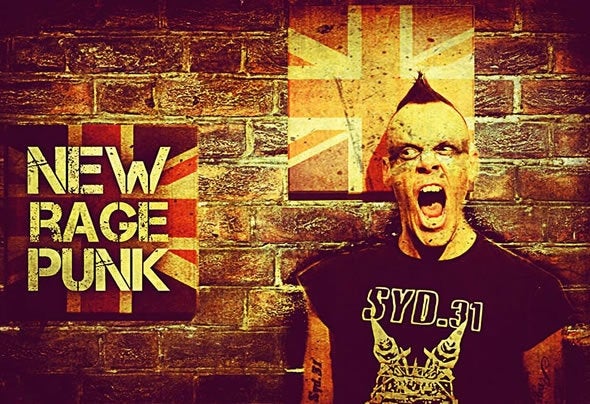 Syd.31 was formed by Dr Magic, having previously only worked in traditional ska and punk bands. Somewhat by accident, he formed a retro, low-fi synth band with a couple of friends and Population were conceived. Within 18 months and by word of mouth alone, Population’s reputation earned them collaborations with a number of established artists such as Sonic Boom Six, Noisuf-X (appearing on the ‘Dead End District’ album) and Nachtmahr, appearing on the ‘Can You Feel the Beat’ EP after winning a remix competition with only their second ever remix, and also performing with them at the 2012 edition of the iconic Resistanz Festival.Shortly after a successful UK tour, Population’s relatively short life came to an end. Dr Magic continued to work with his live drummer (Liam C) and Syd.31 was born.Fusing a love for angry punk and sickly-sweet, Kylie-esque pop sounds, Syd.31 describe themselves as ‘Venga-Punks’ – the bastard love child of cheesy pop heroes The Vengaboys and hardcore punks The Exploited or Discharge. Following their live debut supporting XP8 in October 2012, Syd.31 continually played live, gaining popularity and headlining shows whilst maintaining a 100% track record for people dancing during their sets.