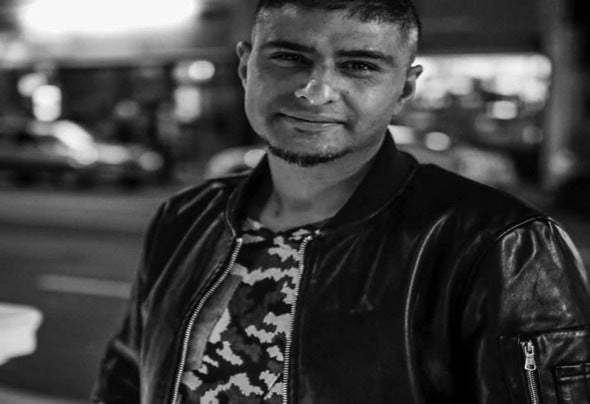 London born Dj/Producer Suff Sakoor aka Dj Suff has been residing in Northampton for the last 18 years playing regularly for the most prestige venues and promoters Northampton has to offer.His DJ sets are renowned for a vibrant quality party vibe which he discovered early from the US House and Garage scene which soon began to shape his set,through the ever changing genres of this scene he has stayed to true his heart and played deep funky jazzy house with soulful vocals.If not found behind the decks in the club you’ll find him cutting the rug on the dancefloor.Housemusic and clubbing has been in his blood since the early birth of Acid house back in 1986 and over the year his passion deepened and became inspired by the likes of US/UK djs playing US House and Garage Frankie Knuckles, , Danny Rampling, Roger Sanchez, Paul Trouble Anderson, MAW and Bobby and Steve to name a few.He found his break in music business in 1999 when he and good friend Maurice Bird formed Mange Le Funk and released the world wide smash “I still want you” which took them to the road as a Dj duo up and down the country playing along side some of there dj/producer idols of the likes of Marshal Jerfferson, Sandy Riverra, Jazzy M, Soul Providers to name a few.2014 he created the event One Night Love Affair in Northampton for him and his best friends to play and express there musical tastes and support up and coming djs. They moved it to Brighton and the night is going strength to strength.2017 looks to be another good years with three new productions planned for release on Pretty Chief Records