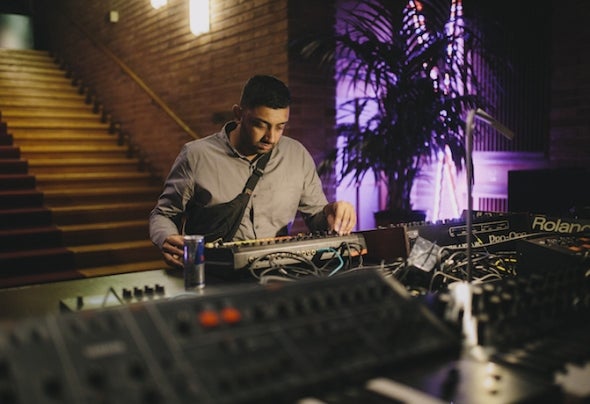 Spryk is the brainchild of Tejas Nair, who has been consistently redefining the role of an independent electronic artist in the Indian scene across various spectrums for nearly 4 years. His tireless creative endeavours engaging with electronic music and technology-driven art has now amassed a significant following for his work. Having shared the stage with titans of his craft, Spryk holds the promise to deliver cutting edge experiences, both on and off the dance floor. His latest sounds as part of a collaboration with bigfatminimalist, titled 'Strange Movements' has been regarded as one of the finest audio-visual treats to have come out of the country’s bludgeoning scene. His DJ set's feature a mix of bass music, swift rhythmic beats and a plethora of halftime beats. A keen purveyor of Bass driven electronic music and various forms of New Media arts, the last year has seen his work endorsed and supported by the likes of Red Bull Music as a key artist in the region and Sennheiser Audio as a partner for their immersive audio line of products titled AMBEO. He has also worked with and been featured by the likes of Adidas Originals and PUMA on various campaigns. From showcasing immersive art installations at the now iconic Magnetic Fields Festival, scoring the sound of India’s first AAA game title, ‘Antariksha Sanchaar’ to dishing out carefully crafted DJ sets taking listeners on a journey through Beats and Bass, Spryk’s DJ sets and live performances have enthralled crowds at some of India's finest festivals. Alongside his solo efforts, Spryk has been showcasing the finest underground sounds being produced in the region to the rest of the globe via his own label imprint and online radio show, 'Skip-A-Beat', broadcast every month on Boxout.fm.