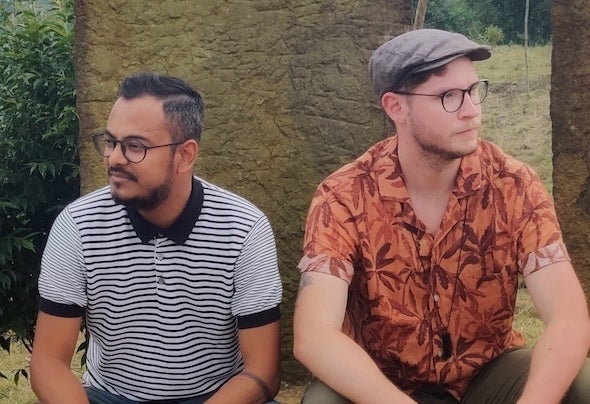 Spirit & the Guide is the Progressive House music project of Shanghai based DJs “Super Mario” and “Roberto Frattini”. From India and Switzerland respectively, the duo began their friendship rst in the dance-floor, brought together by the appreciation and passion for progressive sounds. Fate brought them together performing as DJs in several occasions around China, leading to the decision of uniting their musical inflfuences and visions into a LIVE & Production Project. With each of them bringing and complementing the new-born project with unique inflfuences from their own personal musical background, fusing different elements resulting in a synth-full sound led with mystery, mysticism and groove, reminiscent of global sounds gathered in years spent on dance floors. Having performed in a variety of occasions and venues, bringing their LIVE elements and vision , they discovered that their synergy was being widely appreciated by the crowds they performed for. Spirit & the Guide’s debut EP “Rebirth” was published on January 12th 2019 on Indian record label GAG Digital Records to wide acclaim, followed by their second EP “Desert Dwellers” release in October 2019, always received with acclaim and making it to the Top10 releases