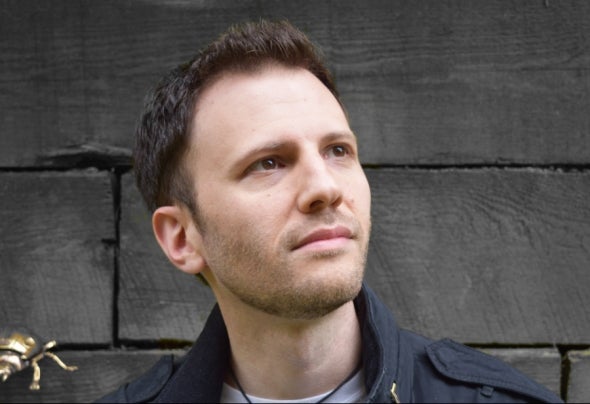 Spinscott is an international performance DJ, producer, and lifelong drummer who created and regularly performs an exclusive format called Jungle Plus Drums. Each unique set features 100% LIVE Loop-Free Jungle played real-time on the drum machine, combined with mixing of original & classic tracks on CDJs plus drum rhythms played with the music. Spinscott has been active in the Jungle & Drum and Bass music scenes since the mid 1990’s, and has performed at hundreds of underground events, clubs, festivals, industry showcases and more.Attracting global attention through his Live Jungle Drum Machine videos & DJ routines, Spinscott continues to cultivate a dedicated following across media platforms, driving demand for live appearances. In addition to being booked by the most prolific promoters in the scene, Spinscott has been sought after by key players in the electronic music industry. Most recently, he has performed product demos for Pioneer DJ and AKAI Pro at NAMM, filmed exclusive content for Pioneer DJ and Sweetwater Music, and became a Premier Artist for Melodics. Spinscott has executed successful tours in many cities throughout North America, UK, and Europe, and continues to expand his reach across the world.Spinscott has charted releases on multiple labels, including: Dynamix Records, Faction Digital, Wicked Jungle Records, and his latest Vinyl & Digital release “Make It Funky / Lovelight” on Elm Imprint. He regularly collaborates with the legendary MC Baxter (his infamous pit-lab mix!).