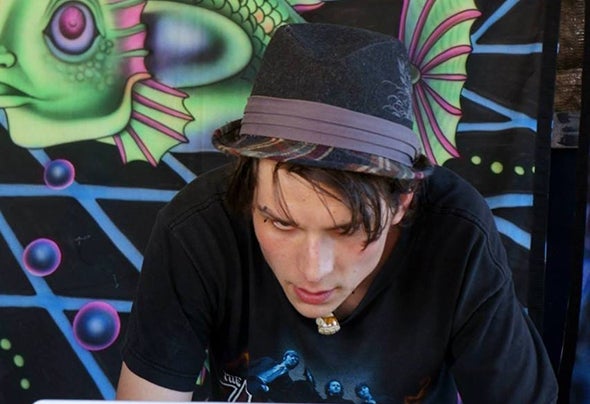 A melomaniac since his youth, Spacey Koala aka François Clavet learned to play the guitar at the age of 8 and never stopped feeding his appetite for music ever since.Greatly influenced by Django Reinhardt, he began to play Manouche/Gypsy swing jazz in bars, festivals and in many places in is homeland, Gas pes ie. At the age of 18, while studying jazz guitar in Montreal, he discovered electronic music and in particular Psychedelic trance, which completely changed his vision of music.He saw in this music an infinite number of possibilities and many new ways to manipulate sound, and this led him to think about creating his own blend of styles. So he started the Spacey Koala project, where his knowledge in jazz music could blend with electronic music and since beginning on this quest, his thirst for creation never ceased to increase.Funky, groovy, twisted and spicy, Spacey Koala brings you into a world where sprites drives trucks, where elves knock at your door to offer you candy and where the public transport is done by rainbows.