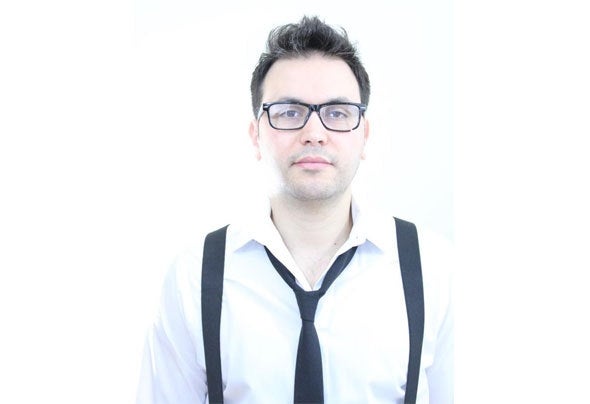 As House music's wave of popularity picks up momentum across Europe, Denver's own House scene has taken on a new element: live accompaniment by local musicians. At the forefront of this scene is DJ Elitt, a Denver based DJ originally from Casablanca, who has started a following of his own. With beginnings in the romantic and cosmopolitan, sea-side Casablanca, Simo El Fellah grew up listening to the latest beats from all over the world. He attended the popular garage (or house) parties, where his friends would spin a wide variety of International music. Simo's father, a kind, wise man who loved his son and recognized his fascination with the popular and emerging international beats, bought Simo his own set of turntables in 1997. He only asked of his son that he make the investment worth it for himself. From that point on, Simo began hosting his own parties, complete with snacks, refreshments, and of course, musical selections from the cutting edge of the techno scene. Dance parties were inevitable. As his reputation and popularity grew across Casablanca, Simo began focusing more and more on music. He was invited to spin International music at Isla Bonita, a club on the outskirts of Casablanca, as well as at various garage parties across the city. Simo's fresh selection and smooth combinations of music kept young people coming from around the city to dance until the early hours of the morning to his beats. When an opportunity to interview for a steady position at the renowned beach-front club La Reserve came up, Simo jumped on it. Confidently he spun a selection of his personal favorites of the latest international music. Several other DJ's interviewed as well, but Bob, the French and Moroccan owner, chose Simo over them all. He recognized Simo's ability to move crowds and the depth of his knowledge and relations to the European music scene, and introduced Simo to a new wave of music, which he quickly fell in love with. Simo's obsession with House kept him on the forefront of the emerging House scene in Casablanca, and he began guest DJing at clubs around the city, including Le Petit Rouge, La Playa Babalou, Magnum, Pasa Rella, and other private parties. He realized his dream and opened for his new idols David Guetta and Benny Bennassi in late 1999. Opening for these DJs inspired Simo to begin experimenting with live accompaniments such as saxophonists, violinists and percussionists. Simo found that with the addition of live music, the crowd's energy surged and created a unique and original sound. Simo began DJing with live local musicians all over Morocco. The success was intoxicating and Simo was inspired to continue experimenting with a combination of different musicians and variations of House music. Simo didn't want to stop there and began cultivating a vision of bringing live House music to the States. Simo came to Denver from Morocco to study English, Music Production and Music Arts in April, 2004. Originally he was invited to guest DJ at the Lodo Club 5 Degrees. The manager loved Simo's fresh House music, but felt that it was not the right genre for the club. At that point Denver only had a few clubs that hosted House nights. The manager of 5 Degrees recognized Simo's talent, dubbed him "DJ Elitt" and together they collaborated to open the House-lounge Le Rouge. The purely house music concept took some time for the Denver crowd to get used to, but the crowd kept building each week, and soon DJ Elitt became a recognized DJ in the small but growing Denver House scene. The introduction of live musicians including percussionists, saxophonists, and violinists was a hit, drawing larger and larger groups of enthusiastic dancers. When Le Rouge shut down, DJ Elitt expanded his network, guest DJing at clubs all over Denver bringing the latest House music and live accompaniments. DJ Elitt creates a complex, captivating musical flow that is danced to by regulars and first-timers alike. DJ Elitt's next step will be expanding his network across the States and beyond, bringing his fresh beats to fans all over the world.