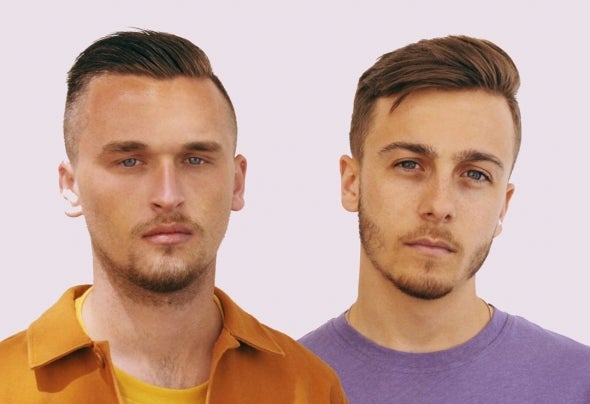 The rising duo, existing of Sem Dieke and Damon van der Waal, is making their way up in the House scene. With their music and live sets featured as groovy, rhythmic, funky and always refreshing, the boys have a bright future ahead. Sem and Damon are busy creating their own kind of brand. Enough reasons to make sure you keep an eye on Silk & Fuss. At the age of eleven they got into DJ-ing and this, quickly after, led to their interest in music production as well. The House act was born. With tracks supported by the likes of Richy Ahmed, Paco Osuna, Pawsa, Michael Bibi, Riva Starr, Pete Tong, Cassius, Roger Sanchez, Stacey Pullen, Joris Voorn, Anotr, De La Swing, Skream, Seb Zito, Rich NxT, Detlef, Fisher, Mat.Joe, Santé, Hector Couto and many more acclaimed artists, Silk & Fuss had a terrific kick start. It seems just to be the beginning as the boys have had their first Beatport No. 1 with their track ‘Funky Freddy’, that was released on Solid Grooves. In 2019 they were one of the youngest acts to play at the famous United Ants and after having had their first foreign gig in Germany, the next list of gigs is loading, in and outside of The Netherlands. With a passion for making radio shows the boys created their monthly podcast, Silk & Fuss’ Finest, which is broadcasted on six radio stations, reaches over 10.000 listeners every month and they’ve had some big guest DJ’s in the show. With new releases, gigs and other projects on the horizon, there’s no reason for not checking out ‘the upcoming act in House music’, Silk & Fuss. ‘’You’ll see us more often.’’ - Silk & Fuss