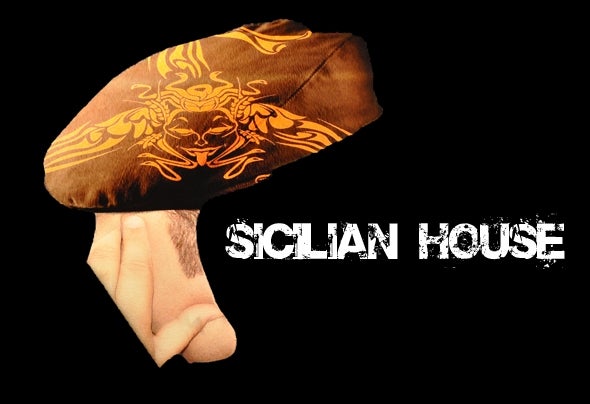 Salvatore Panzeca, in art known as "Sicilian House", was born in Caccamo, a small town in the vicinity of Palermo, on June 19th, 1976.He becomes passionate of dance music and the techniques used for mixing at a very young age. In fact, as early as age thirteen, he produces his first records and takes his first steps in the radio world working as a dj for local radio stations.His first musical productions are the following: • in 1994 he is a member of a hip hop group named "Mistura Creativa" with a record entitled "Dimmi se mi ami"; • in 1996 he establishes the group "La Moon" and launches his first single dance music album entitled "Find the sunlight". Both music groups are produced by "Red Studio PA".In 1997, he leaves his hometown with the intention of performing as a dj in numerous Italian discos.This decision opens various opportunities outside of Italy, including his participation in the production of various soundtracks.In May 2010, the “Sicilian House” project began, also thanks to the encounter with Melody J.Other important collaborations: Art Designer Raffaele Calabrese and Web Designer Donato Frangione.As a result of this collaboration, in July 2010, the single "Africa Nature" was created and gave way to a long series of musical projects on which the artist is currently working.