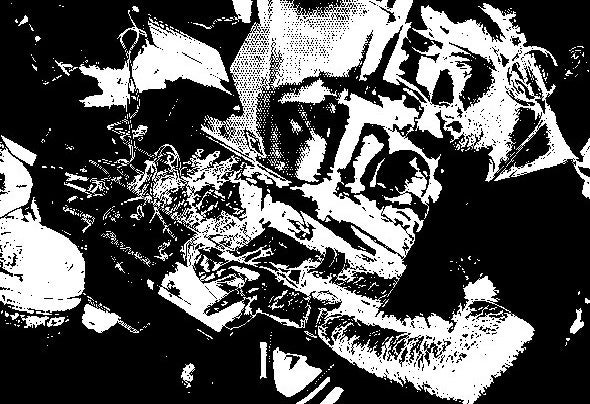 SerJay was born at Lake Como in 1985 and grew up in the city of Varese in Lombardy. It was here, at the tender age of 10, that his journey into the music world began. Fascinated by anything that created music, he never passed up the opportunity to try out musical instruments. Thus Serjay began to study the clarinet , initially learning the theory, followed by musical notation. He took his first steps in this world when he participated in various folk-bands which allowed him to elaborate and develop his musical skills. It was because of these experiences that this love and passion for music took an even firmer hold on him. At the age of 21, SerJay was a member of the Military Paratroopers Band in Pisa, with whom he attended numerous public performances. Down through the years SerJay frequented several well-known places, some of which are Pachà, DC10 Circoloco, Bora Bora Beach, Privilege in Ibiza, as well as Cocoricò and Peter Pan, Riccione, and Frau and Kama Kama in Viareggio. This marked the beginning of his interest in the electronic aspect of music. His points of reference have always been great deejays such as Ralf, Claudio Coccoluto, Joe T. Vannelli , Stefano Noferini, Carl Cox, Tod Terry, Tony Humphries, Sven Vath, Riccardo Villalobos, Magda, Ellen Allien, Alex Neri to name but a few. SerJay approached the art of deejaying when he was 22, but due to work commitments he never had the opportunity to devote himself to what he really wished. To perform in public. However, SerJay continued to cultivate his interest in music and never gave up on his dream. At the age of 24 he moved to Florence, and it was here that he was finally able to produce his own music.