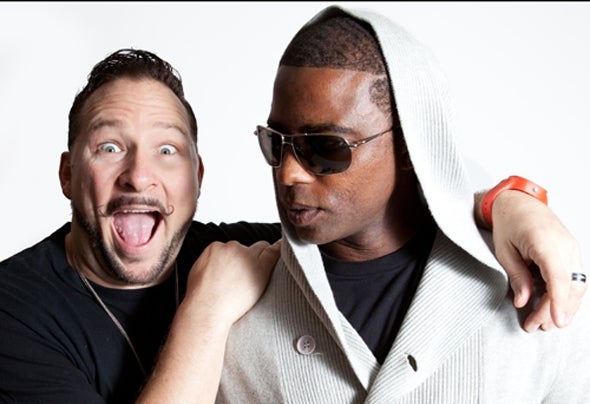 DJ SCOOT ER AND LAVELLE DUPREE ARE AWARD WINNING DJS UNT O T HEMSELVES; BUT T OGET HER, T HEY CREAT E AN UNFORGET TABLE PART Y EXPERIENCE.When they spin together on two DJ sets, there is, quite literally, nothing like them out there. With Lavelle’s banging progressive mixes surrounding Scooter’s hip-hop loops and turntable skills, they are the duo that is always making the crowds go wild. Their self proclaimed genre of “bangin progressive turntablism” is a unique style that simply cannot be duplicated. Spinning together for over fifteen years, they have rocked shows all across the globe.Scooter and Lavelle have played together at some of America’s top parties including God’s Kitchen, Winter Music Conference in Miami, the House of Blues in Los Angeles and Las Vegas, and the Sundance Film Festival in Salt Lake City. They have also been featured in Playboy’s “Girls of the Hard Rock” and the feature film “Put the Needle on the Record” (http://dj-film.com/).When they are not performing, they’re in high demand for their production skills in the studio. The talented duo have produced numerous songs and are well known for their bangin’, peak time, big room tracks. Their track, “Beats Inside My Head,” landed in the Top 10 XM Radio List and Beatport’s Top Download list.Scooter and Lavelle provide an experience not to be missed. Whether they’re poolside in Las Vegas or amongst the snow-capped mountains in Alaska, Scooter and Lavelle are always bringing top notch performances that drive crowds wild!HIGHLIGHTS FROM THEIR CAREER:Scooter and Lavelle’s “Beats Inside My Head” track made the Top 10 XM Radio List and Beatport’s Top Download List Original resident DJs of the Rehab Pool Party at the Hard Rock Hotel in Las VegasResidencies at Vessel in San Francisco, the Liquid Pool Lounge in Las Vegas, and Greystone Manor in Los Angeles Performed at Coachella (2011) and the Sundance Film FestivalPerformed internationally in China, Korea, Italy, Mexico, and Argentina