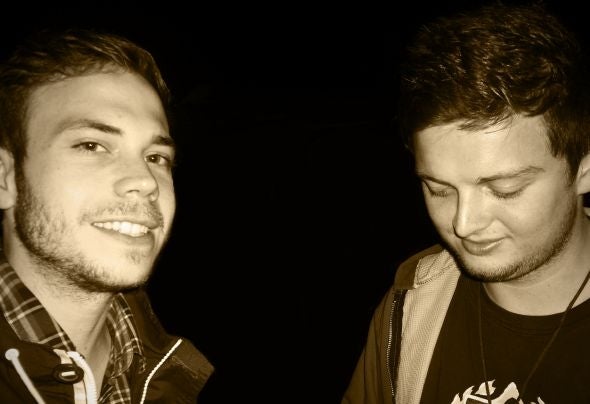 In early 2012, university students Clemens Hennemann and Florian Husheer first crossed paths at a house party. Not only did their mutual taste in pulsating, euphoric beats with melodic and instrumental parts lead to an evening of unforgettable musical reciprocation, but also to a close friendship in which it was clear that combining creativity and sharing their passion with others was inevitable.By the summer of 2012, the two students were releasing monthly mixtapes on Soundcloud always consisting of careful selections of their favorite Home-Listening tracks. The quality of their sets quickly attracted the attention of online music magazines, such as trndmusik.de and klangextase, causing the number of followers and listeners to quickly rise. First Gig offers for small events arose, providing the financial means to acquire more advanced equipment, otherwise unobtainable on a tight student budget. With Ableton Live and their first home studio equipment, the duo began producing remixes, intros and outros for their sets, presenting the opportunity for them to become more individual in their work.March 2013, DJ and Producer Oliver Schories gained knowledge of the duos talent and potential resulting in Schulze & Schultze’s first release “Mind Control” on his Hamburg label “der turnbeutel”, which is also associated with German and international artists such as Rodriguez Jr., Sascha Braemer, Joris Delacroix, Solee and Andreas Henneberg. Remixes of their work were created by artists David Keno, Mirco Niemeier and Oliver Schories, as well as Trap version from Celine.With their first release, Schulze & Schultze landed bookings in popular German clubs in Düsseldorf, Hamburg and Stuttgart, where they were able to demonstrate their musical range and variety and proved their capacities for large scale entertainment.Schulze & Schultze’s fundamental concept is to do more than just mix pulsating 4/4 beats together; it is to create a new atmosphere by reading the vibes written on the faces of the dancing crowd and musically reproduce and rewrite the course of the night. By combining techno beats with sensitive and soulful melodies and vibrant basslines every listener slips away before regaining consciousness brought back by the returning beat.Schulze & Schultze plan to continue releasing original productions and remixes on “turnbeutel” and are devoted to launching their creations into the ears and souls of electronic music enthusiasts.