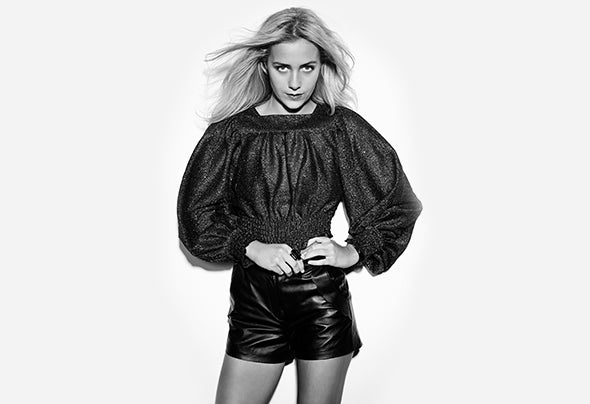 In her own words, Melbourne’s Saska has been “singing from as early as I can remember”. Her grandma, (who was also a singer) nurtured Saska’s interest from a young child and at around 11 she started travelling internationally and nationally with choirs. “Singing, learning multiple instruments, writing lyrics and writing journals seemed very natural to me”, she adds. Now 20, Saska is beginning to forge her own career as a song writer, performer and collaborator. Her early experience and song writing passion is reflected in her new works and not surprisingly, a similar feeling for the stories within lyrics are prominent in a few of Saska’s inspirational artists of the moment such as Lykkie li, Robyn and Lana Del Ray. As Saska explains, “I am inspired by unique and meaningful lyrics and these are all great, poetic authors with unique voices”. Saska re-connected with performing in her home town of Melbourne about 3 years ago. “I love performing both acoustically and electronically. Acoustic shows are very raw and rewarding as I am able to showcase the vocals and features which are true to my Saska sound but present them in a subtle way”, however she adds, “but the energy of the crowd in clubs when performing the electronic side of what I do is also amazing”. In 2013 Saska made her debut as a co-writer and vocalist on Skyden’s progressive house cut “Burning Light” and this is just a small taste of what is to come. Currently collaborating with a bunch of new producers including Mr. Fluff, Sam Fowler, Tim Light and more, 2014 will see the release of her own, more house inspired solo project, not to mention more featured guest vocal appearances. Over to Saska for the last word, “I am loving the deeper side of house right now and love making music so can’t wait for everyone to hear my own solo releases on dance floors around the world”.