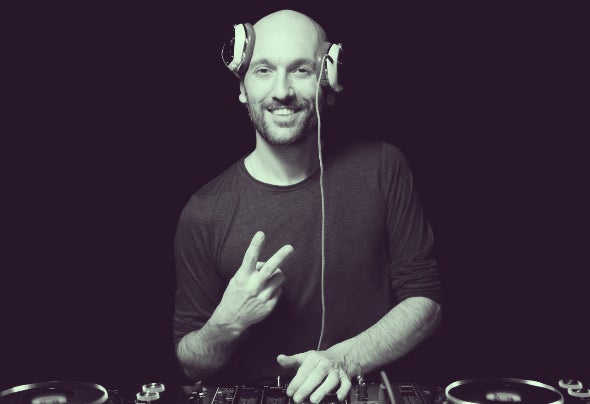 — English — Born in Campo Grande (Mato Grosso do Sul) - Brazil, Rodrigo Ardilha did not always have his life linked to music. Everything changed during a trip to the United States in 1994. He had his first contact with House Music and was love at first sight. He has since then immersed himself in electronic music. Living in the suburbs of Rio de Janeiro, he started his career as the vast majority of DJs of his generation. Playing at private parties for a few years before being noticed by promoters of local events. From then on everything started to be really fast, from private parties to bigger events and his first residence in a nightclub. With the musical maturity, other opportunities also came, such as being responsible for writing about the nightlife of the state of Rio for the biggest electronic music publication at the time, the DJ Sound magazine, where he stayed for almost 7 years. International tours arrived for Rodrigo Ardilha in 2007. Beginning with countries in Latin America and later the rest of the Americas. The old world opened its doors to the artist in 2011, where it took root so deep that it ended up becoming his home today. In 2018 Rodrigo Ardilha signed his first artistic contract with Sony Music Brasil, where he started releasing his music. Currently, in addition to releasing his music through Sony, he has also released through other international labels. Playing in the key cities around the world, it is worth mentioning some clubs and events such as Miami Music Week, Amsterdam Dance Event, Privilege (Buzios and Juiz de Fora), Pacha (Buzios, Ibiza), Club TOX Ibiza, Eden Ibiza, Café del Mar (Rio de Janeiro, Salvador, Malta, Azerbaijan, Thailand, Barcelona), Mácháč Festival, XXXPerience, Amnesia Ibiza, Kaballah, Euphoria, The Week (São Paulo and Rio de Janeiro). Rodrigo Ardilha currently resides in Prague, Czech Republic.