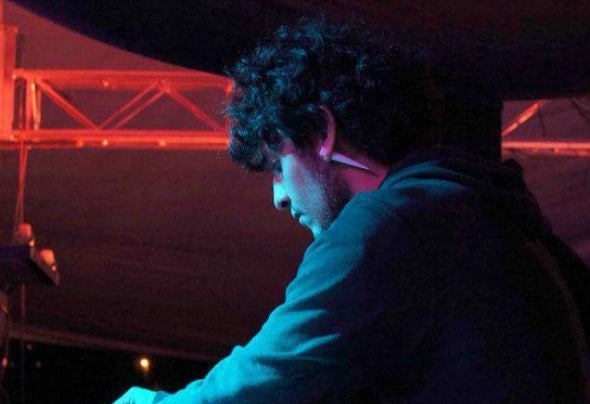 Juan José González Hernández A.k.a Rocko ... with his Live Act named "ReptilÓwBeat" have elegant , hypnotic rythms , deep bass lines and good armonization , make us hears get deleited by his sounds , this EP will be released in Kunststoff Fernseher Records this 2014. Rocko its positioned in the bests dj sets and live act in México Cit y and all the mexican republic , Final Requiem A.k.a Rocko had played in big festivals around México , like "Sun Reload" , "Equinox Festival" , "Yolotl" , "Cool Festival" , and many others...Also working in the same stage with artists like Pleasurekraft , Boris Brejcha , Frivolous , Oxia , Mapusa Mapusa , Kolombo and many others. In 2012 Final Requiem release the remix for "Misha Smykk - Plastmobile" for the German label "Minim.all Recs" being positioned 14th in beatport downloads worldwide for a week, this remix was also released in a compilation for "Momentum League Records" with big names in this genre like "Format B , Daypak Solo , Florian Meindl and other big producers. Rocko A.k.a Final Requiem in all his carrer has beensupported by important labels in the city like "Tribal Vision" "Ommix" "Babalegba" "Acid Mushrooms" "Play Label" "Maia" "Euphoria Entertaiment" "South Beat" "Atlantida Recs" "Omkara Recs" "Music & Stuff" "Unk International" "Black Label" "Xdc" "Crossfader""Natural System" "We Love Techno" "Deep Soul" and other labels. Thanks to his music and profesional dj sets now his one of the Mexicans artists that you like that you want to hear with 7 releases in Beatport bt the labels "Euforia Recs" "Tzolkin Recs" "Natural System" "The Music Mafia" & "Minim.all Recs" in the 2012 "Kunststoff Fernseher Records" in 2013. We just need to wait his new tracks and projects to hear the new ideas he got in mind.