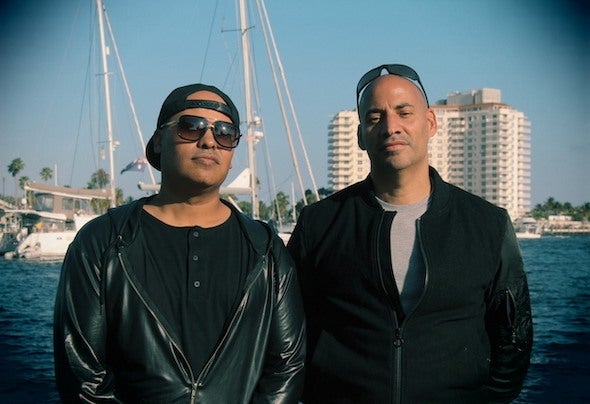 Ray Roc is a name that is etched into house music history; DJing for the past 30 years, touring everywhere from the Ministry of Sound in London to festivals throughout the world. Ray Roc struck international fame with his hit classics "Jungle Love", “Jungle Kisses” and "Never (Past Tense)" featuring Tina Arena. The hit "Never" achieved Billboard's #1 Radio Dance Hit and it was in regular rotation on US radios including Kiss FM in LA, Y100 in Miami, and Z100 & KTU in NY. Ray Roc has been labeled one of the creators of the Urban Latino’s Electronic Sound by selling over 100 million streams as a Producer/Composer for Proyecto Uno ft. Magic Juan. Now returning to his underground music, Ray has joined forces with house and techno DJ and producer Henry Riba, who has been spinning vinyl from the tender age of 15 throughout Puerto Rico and NYC. Their eclectic, multi- dimensional blend of sound formed DJ duo Roc & Riba. They released their rst EP called Digital People in 2019 on Phonetic Recordings in UK, reaching #9 on the Beatport Top 10 House Chart with support from Riva Starr, Roger Sanchez, Sonny Fodera, Rob Roar, Paco Osuna, and many more. This year, Roc & Riba will be releasing singles every 4 weeks under their new label - Digital People. With continued support from hot producers and tastemakers, "Just A Feeling" will be their upcoming single with a 2 week exclusive on Beatport on 2/7/2020.