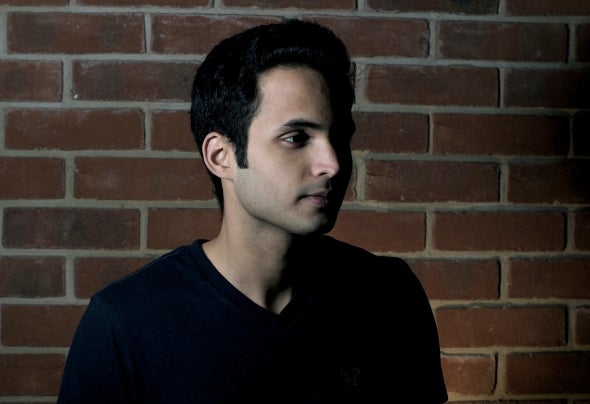 Hailing from the sand and surf of Goa, India, the young and sought after artist Rishabh Joshi is fast taking the electronic dance music (EDM) world by storm.This 21-year-old producer has carved out a unique niche for himself in the Melodic and Progressive Trance genres, with a standout sound that blends powerful driving grooves with catchy hooks and unmatched melody making abilities. A versatile artist who brings his signature style to other genres as well, Rishabh has also experimented in the House and Chill- Out genres. His remix for acclaimed House Music singer Nadia Ali was chosen to be the anthem for Sunburn, Asia's biggest EDM festival and was subsequently released on Times Music.The last year and a half saw Rishabh truly emerge on to the international scene, with his tracks being released on record labels such as Black Hole Recordings, owned by none other than Tiesto himself, and Flashover Recordings , spearheaded by head honcho Ferry Corsten.Artists around the world have shown their appreciation for Rishabh’s sound, with support coming from the likes of Markus Schulz on Global Dj Broadcast, Matt Darey on Nocturnal Radio, Aly & Fila on Fut ure Sound Of Egypt , Jayt ech, T ydi, Kyau & Albert, M.I.K.E, Mark Pledger, Ernesto V/S Bastian, Guiseppe Ottaviani, ReOrder and many more.Through his international success, Rishabh is also proving to be a pioneer among Indian artists. He was the first Indian alongside Mihir ‘Snow Flakes’ to be featured on the prestigious Trance Therapy Compilation, along with artists such as Ferry Corsten, Arty, Yuri Kane and Audien. He was also the first Indian to be signed to Russia-based Silk Recordings, one of the leading melodic music record labels. As the leading EDM producer in Goa, and one of the biggest in India, Rishabh hopes to develop EDM both in India and abroad.Coming off the back of a great run in 2011, 2012 is shaping up to be an even bigger year for Rishabh. With a host of incredible new releases in the pipeline, Rishabh’s fans have a lot to look forward to. Brace yourself for something special in the near future!