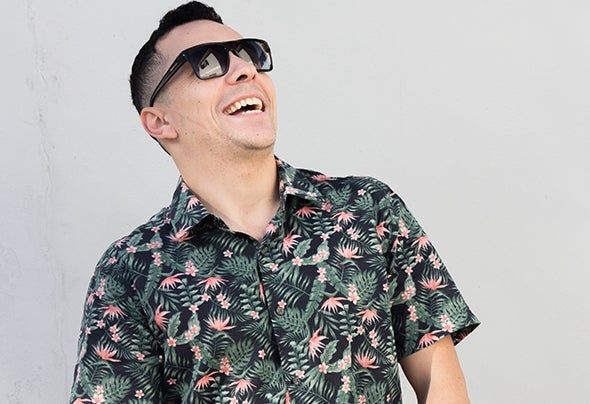 In order to explore what there is nest and most sophisticated in house music, Rieffel lets his ideas ow naturally and freely when producing his music and building his Sets, the result is a fusion of Tech House, Progressive House and Techno styles. With his version of the track "All Over Again" by Fabricio Peçanha, he won the Green Valley remix contest and has signed contract with Underline Records (GV Label), where ocially released it. Other record labels which he has released his tracks: Abstract Channel, Burn Up Records, Shield Records, Undercast Records, Red Paradise Record, Cream Dance Records and Ancap Records.  In addition, his background speaks for itself, 12-year-old DJ and 8-producer, has already released several tracks and EPs with his former works, which include Bee Buzz (Extinct), Antares (Extinct) and Daniel Rieffel (Current Rieffel). Not to mention his best known progressive psytrance project, Change.