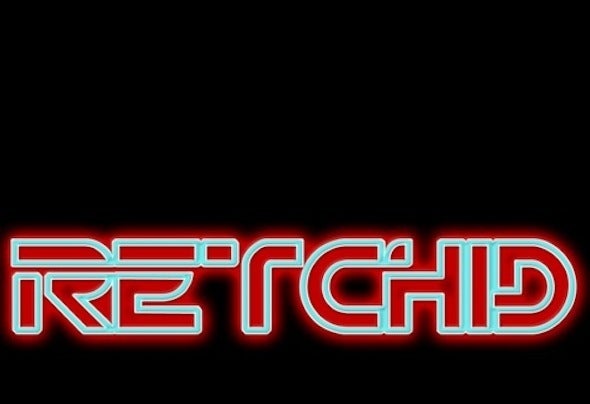 Some musicians are naturally talented. Others simply work harder than most. Very rarely do you find an artist who is a mixture of both. Retchid is one of those people. A product of the mid-90’s pop dance explosion, Retchid’s roots in Electronic Music are quite deep. Spending time in clubs listening to legends like Charles Feelgood, DJ X, Huda Hudia and DJ Irene, Retchid has seen many styles and genres come and go, but his love for the music and the atmosphere it creates has never faded. Hailing from the hills of Central Alabama, Retchid draws upon his exposure to many types of music to create his signature blend of hard hitting beats, clean synths and earworm-like melodies, guaranteed to stick in your memory like fun times with an old friend. Retchid has spent countless hours researching new methods and honing his craft in order to be on the bleeding edge of music production. He is never one to settle for “good enough.” Retchid pushes himself to be not a follower of trends, but an influential tastemaker and trendsetter. Retchid’s discography speaks for itself. His remix of “Never Die” by The Young Punx was noticed by Hal Ritson himself and signed to release on notable NuDisco/Electro label MoFoHiFi’s “Electrofunkindiscobreakin LP” which also featured artists like Fatboy Slim, John B, Krafty Kuts, and Shinichi Osawa. “Never Die(Brother Brooks Remix)” was featured on Germany’s Big City Beats Radio, Lip Locked hosted by Anna Kiss on the UK’s KissFM, and countless other radio shows and podcasts. He’s also appeared on collaborations with Horris Records’ MC Lars on both the “This Gigantic Robot Kills” album and the “21 Concepts” album. His collaboration with MC Lars, “We Have Arrived” was also featured on a commercial for G4 Network’s hit TV show “Ninja Warrior.” Most recently, Retchid’s release on Johnny Dangerously’s Technocolor Recordings label, “Moonlight,” reached the Top 100 on Beatport’s Breaks chart. Retchid isn’t one to brag or boast because his resume does all the talking. His works are noticed by some of the biggest names in Electronic Music. He’s constantly striving to create the next fresh sound, putting everything he has into his work. Not everyone works hard, and not everyone is naturally talented. Retchid simply must be one of the lucky ones. Credits: Featured Remix of The Young Punx song “Never Die” (Mofohifi Records) Featured on The Young Punx Electrofunkindiscobreakin LP- along side Remix's by Fatboy Slim,John B,Krafty Kuts, Shinichi Osawa and many other top named producers and dj's in the Business. Radio play on Big City Beats Radio in Germany Radio Play on the Anna Kiss - Lip Locked on KissFm An Mc Lars collaboration track featured on G4 as part of the promotional campaign for American Ninja Featured on the "21 Concepts" album released by Mc Lars- “Something Wicca This Way Comes” Featured Original Track on Future House Classics Volume 3- Brother Brooks-Jumpa(Original Mix)signed to LW Records - Released alongside Mark Knight and Funk Agenda Featured on Har Magiddo Remixed- Debuted in the Top 40 Dance charts on Itunes Johnny Dangerously's Remix of my track - Moonlight- Featured in the top 100 Breaks Charts on Beatport Track Support From: The Young Punx Foreign Beggars Johnny Dangerously Farace Sneaker in the Dryer Judge Jules Roger Sanchez Stereo Mc's Iban Reus B Phreak Anna Kiss MC Lars Label Releases Under: Universal Mofohifi Kick It Records Technocolor Recordings LW Recordings Urban Sickness Audio Ogligio Crappy Horris PWM MK837 Records Pure Logic 2MR2 Records Redsea Trance Records