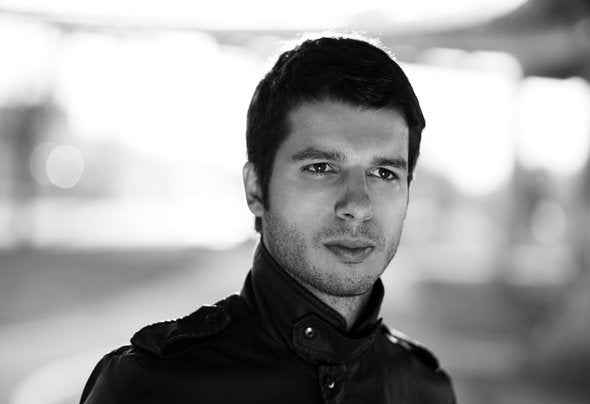 Regen (Ilian Tape, Harry Klein Records, Belgrade)When he was six years old, Milos got really fascinated and involved with break dance movement. At that time, he was introduced to the electronic beats for the first time in his life. The important step towards his music career was his enrollment into Junior Music School in Belgrade, when he was only eight years old, where he learned the basics of music theory. He got in touch with electronic music when he was fourteen in 1993, traveling within England. Since then, his dedication to electronic music was just enormous. Although, being lucky enough to travel a lot around the world, he began collecting and buying vinyl ever since.Milos started his dj career as soon as sixteen years old.At the very beginning he was a resident of a famous Belgrade underground club Omen, where he played Thursdays. In 1998, after his first appearance in highly regarded club Industria in Belgrade, he joined organization TTP and gained a weekly residency. By the end of the 1999, when club Omen was already closed, he participated and played in most of the Belgrade’s finest underground clubs and parties. At that time, he drew attention with his innovative mixing techniques and skills, using even three decks for mixture of house and techno. Even though he was always devoted to it, in mid 2003, his progression led him profoundly to more deep and innovative sounds of electronic music. He developed his new set up in performing and got into more stripped down house, techno and some electronica.Milos started producing his own tracks during the 2002. In 2006 his debut track called “Fluctual” appears on a compilation “Belgrade Coffee Shop – Area 6′′, while its break-through in the international music scene is marked with releases “Trapizator Ep” in 2007 and “Transistor Ep” in 2008 for the Frankfurt label Momentum. Milos spent a lot of time on his newly born project Regen in 2008, his pseudonym. Regen project is focused on a dubby side of both house and techno genres, with a unique approach of early dub techno classics of early ‘90s. His first track “Duege”, under his Regen alias, appeared on a compilation “Sometimes You Don’t Need Any Words” on Munich based label Ilian Tape in 2008.