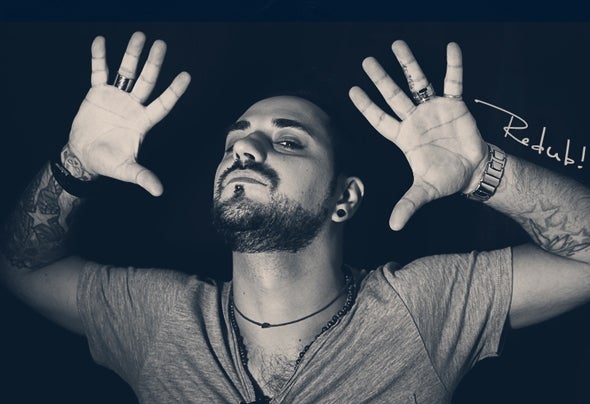 Redub! (real name Michele Rossetti, 1982) started to work as a DJ in Carpi (Modena) in the north of Italy when he was 16 years old.He immediately developed a passion for electronic music and started to work in some clubs nearby.In 1998 he started to cooperate with really important clubs and events, playing techno music.He had already decided what his future would be!His great passion made him grow fast, and finally he decided he also wanted to become a producer himself.In 2006 he made his debut as a producer for Z-Records with the title "Welcome in my space".Productions and cooperations became really a lot so that in 2009 he felt he needed to create his own label.In 2009 SPACELAND RECORDS was born!At the moment Redub! still cooperates with internationally renowned staff and producers, makes productions for some really important labels, introducing his huge impact Techno and Techouse setsbeatport news.jpg