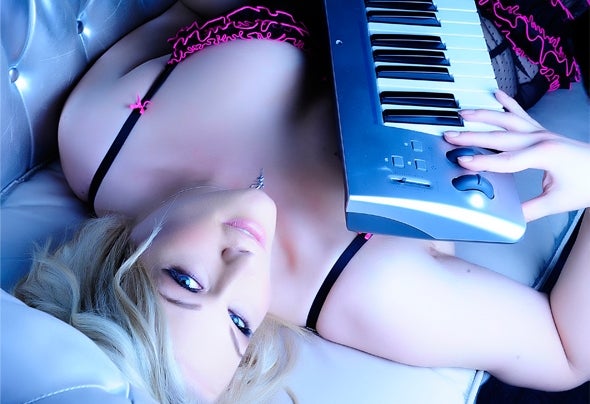 DANCE MUSIC'S HOTTEST MIX MISTRESS One of the top 230 spinners on the planet – as voted for by DJ Magazine clubbers – Rebecca Saforia's energetic and engaging style is setting dance floors across the world alight.Kicking off her summer with a headline set at Judgement Sundays for Radio 1's Judge Jules, Rebecca's inimitable and progressive brand of dance has also been tearing up the global club scene.A regular face behind some of the world's most prestigious decks, Rebecca's been ripping the roofs off such legendary superclubs as Gatecrasher, Pacha, Cream, Egg and Ministry of Sound.She smashed the Gatecrasher Arena at this year's BPM at the Birmingham NEC, alongside Judge Jules, Jordan Suckley and Grandmaster Flash and others/She added:"As a female DJ I didn't get taken seriously by promoters to start off with, but as soon as they saw what I did to their dance floors, there's been no stopping me!"This year she has been voted one of the biggest female DJ’s on the planet with only Claudia Cazacu and Lisa Lashes ranking above.Twenty-six stations in eleven nations – electronic music lovers around the globe are also tuning into her monthly FM radio and online show, Oxygen Sessions.Some of today's biggest DJs have performed for Oxygen Sessions, including Top 100 DJs Sied Van Riel, Mike Koglin, and Daniel Wanrooy – with new big-name guests helping her corrupt the airwaves every month.IN THE STUDIO Rebecca's dramatic ascent began after her debut track, Palingenesis, went straight into the dance charts at number one. Since then, her profile has skyrocketed, with more top spot dance hits, and support from the World's Number 1 and Number 2 DJs respectively, Armin Van Buuren and Tiesto!It's not just sound waves she's been making either. Appearing on the world's largest dance radio show, State of Trance, as well as Paul Van Dyk's VONYC Sessions, Rebecca's been gliding on a tidal swell of support from the international clubberatti.LIVING THE DREAMRebecca's phenomenal success is all the more impressive in dance music's traditionally male- dominated industry. But you could say it's in her blood. Born in Blackpool in the early 80s, her father owned the city's first nightclub, as well as teaching at the Royal Academy of Dance. Rebecca said:"I'm proud of where I've come from, but also where I am today – I just wish my father was here to see it. From scratching my dad's records at the age of three, to electrifying an audience of thousands at Ministry, I can truly say my childhood dream has become reality".