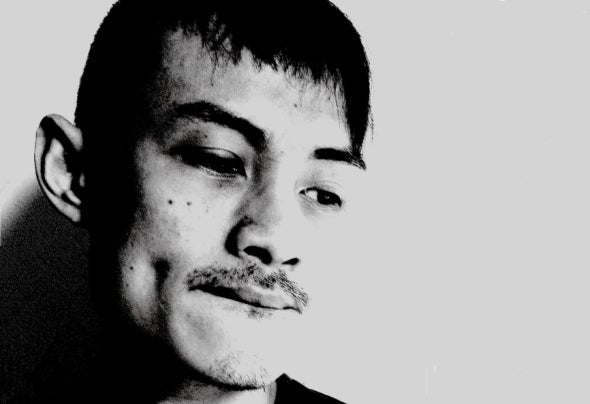 RaySoo is one of asia’s leading djs. His unique and quirky sense of electronic house music has taken him the world over. Steadily building up a strong catalogue of his very own style of productions on various labels, he was named ‘Best New DJ’ 2004 and ‘Best DJ’ 2005 two years in a row in Malaysian club culture and dance music bible Juice magazine’s ‘Best of’ poll. After touring Europe, China and South East Asia and also maintaining his homeland residencies during 2008. 2009 will see him holding residencies in various locations around the world, more touring, an artist album in the pipeline and also the launch of his brand new label Love International. Ray started djing at the age of 14, and at 17 was one of the first DJs to play at the now legendary Zouk Club in Singapore for the first “Sessions” parties in the early 90’s. His talent and passion for the music continued to enhance his regional profile, playing at such infamous clubs as Barracuda, Samsara, Liquid Room, Boom Boom Room and Heaven - culminating in his headlining performance at the massive 1998 Commonwealth Games Outdoor Closing Party at The Mines resort in Kuala Lumpur. From 2004, Ray became resident dj for 3 years at the then newly realised Zouk Club in Kuala Lumpur. There, he continued to showcase his versatility in commanding the club’s Main Room dancefloor with his signature sets that cover an impressive range of electronic dance music genres - swerving from minimal to maximal house and techno via the freshest style-defining sounds from a multifaceted landscape of influences from around the world – and playing alongside the likes of Carl Cox, Tiefschwarz, John Digweed, Sven Vath, Danny Howells, James Holden and Stacey Pullen. His clubnite Push in the mainroom, gearing towards more energetic house and techno sounds, received overwhelming response since its incept ion in Oct ober 2004, and his new ongoing nit e Hotel Scandalos, winning ‘Best New Clubnite” in Juice magazines ‘best of 2006 awards’, sees him purveying more experimental house sounds to offer a genuine alternative to club based dance music in the region. 2007 and 2008 became landmark years when he was invited by the Goethe Institute to be part of the German/ Asian Pacific Plate music compilation project when he was invit ed t o play at t he import ant and well- known C/O POP festival in Cologne and gigs in Berlin, t oget her wit h ext ended periods of t ime t ouring Europe during the 2 summers. The project resulted in a 2 track collaboration with German house music pioneer Losoul a.k.a Peter Kremiere of the legendary Playhouse label and the compilation was received with great interest and hype by the most important electronic music magazines and media in Germany, and support from important artists from both Asia and Germany including Goodnight Electric, Gebruder Teichmann, Rubber Inc, Turner, Mathias Tanzmann, Jamie Lloyd, Tri Minh, Hans Nieswandt, Xhin, Trickski and more. In 2008, Ray launches his new label LoveInt ernat ional. His original t racks have been receiving very positive support from the likes of house heavyweight John Digweed t o t echno vet eran Marco Bailey - releasing on labels YounanMusik, Raum Musik, Pornography and Cr2 records plus remixes on the likes of Pure Substance records. His forays into production have also opened up new possibilities in his DJing, as integrating not only his own remixes of tracks but also re-edits and sampledelia into his sets create a semi- live feel to his already innovative performances. Love International held label parties in locales from Singapore to Amsterdam to Tokyo to Berlin. But for Ray, this is just the beginning of a long journey through the magic of music and djing - to reach out to the people on the dancefloors around the world. Lets rock!