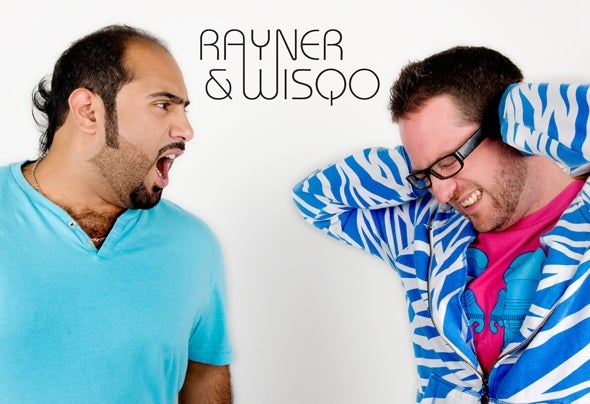 London and Beirut collide in a fusion of house and techno. Rayner and Wisqo come from very differing backgrounds but share the same passion and enthusiasm for quality music. Having met at one of Dubai's underground club nights they hit it off straight away and decided to combine both their knowledge and experience and a new production outfit was born.Chris Rayner has been working as a dj for over 15 years, in the early years his tastes veered towards the big-room sounds of trance and progressive house before he formed DJ duo Breathe with Dan Ling and secured a residency at the Prince of Wales in Brixton, London, lasting three years from where he was invited to play at Smile, Mesmerize and Brighton’s Ning.Splitting from Breathe, Chris went on to play at legendary clubs Turnmills, Heaven, Pacha, Egg, The Cross and the Fridge, leading to Russian booking agency Moscow Dancefloor Records signing him to play a host of gigs around Russia.In June 2004, Inhale (inhale.org.uk) was born. Originally starting out as just a dance music website it spawned into a bi-monthly club night attracting some of the best DJs in the world, including Seb Fontaine, Yousef, Jon Carter and many more.In 2009 Chris took the decision to go full time as a dj and moved to Dubai where he met Wisqo.Wisqo has played the underground clubbing circuit in the Middle East for the last few years, finally emerging as a name in the Tech house and Techno circuit. With his trademark white tees, Wisqo builds sets from low groovy tracks into towering peaks of hands in the air slammers. His energy behind the decks is electrifying, and his pounding bass lines always get the crowd moving. Behind it all is a down-to-earth guy who puts his music and the partygoers ahead of everything. His gigs at Fraktal Fridays at The Chill Rooftop Lounge, Club Touch and Club Platinum in Dubai have drawn a loyal local following.Recently known more for his production with releases on Celestial Recordings, BWG Records, Incense Records, Technomafia Records and Fever Sounds his partnership with Chris was the next logical step. Having already had tracks released on WorkOut // Golden Needle Records // Whartone Records // Stained Music // Celestial Recordings // Endemic Digital // Sounds Of Juan // Unrivaled Music // BWG Records // Prehab Recordings the futures looking very bright indeed!