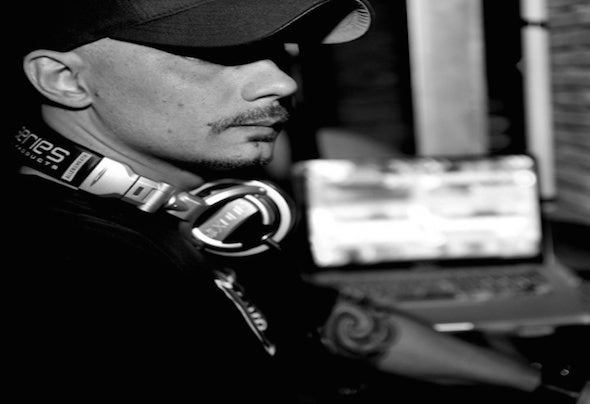 Luigi De Rosa, Rank was born from Italian parents in Sao Paulo, Brasil, in 1976. Back in the 80s he was a skateboarder and he used to listen to punk and new wave. In 1991 his family moved back to Salerno, Italy. When he was 17 he discovered techno during a visit to Amsterdam. At 18 he moved to Naples to attend "Accademia Di Belle Arti" where he studied as an artist and in this period he got in touch and started to follow the rising Naples techno scene where he could listen to the likes of early Marco Carola, Gaetano Parisio, Danilo Vigorito, Rino Cerrone. This is when he bought his first set of turntables and mixer and started to dj. Now he runs a skate shop in Salerno and beside being a painter, a videomaker, a ceramist and more, he's been djing for almost 20 years. Recently he decided to step into music production and here he presents us four tech-house tracks with minimal and tribal elements where you can easily detect his Brasilian spirit and a clear intention to make you dance