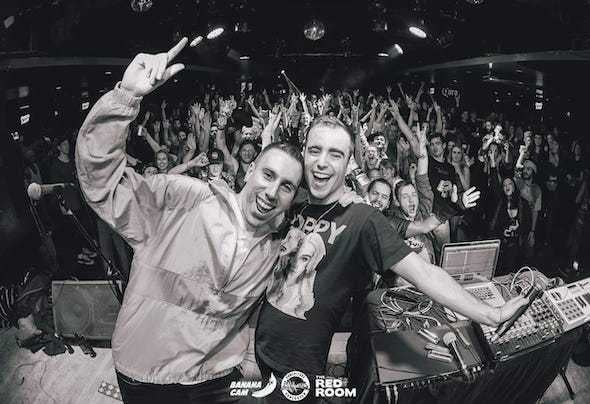 PINEO & LOEB are an award-winning Canadian electronic music duo, creating and playing uplifting, funky and high-energy songs. Together they blur genre boundaries uniting electronic, dance, hip-hop, rock fans and more. With chart topping remixes, collaborations and support from BBC Radio 1, Virgin and CBC Radio, PINEO & LOEB hit a balance of pure party fun and artistic ambition. Their music can also be heard on multiple major network television series (Netix, Fox, etc.). Their DJ sets and shape-shifting live shows feature an array of guest performers, from hype MC's to Celtic Fiddlers and everything in between. Notable festival performances include Bamboo Bass, Valhalla Sound Circus, Future Forest, Curiosity, and Evolve to name a few. PINEO & LOEB recently released their collaboration “This Is Your Life” with Grammy-nominated Canadian Icons, Glass Tiger & Matt Mays. They continue to tour extensively across Canada and abroad so look out for them in a city near you to go on a journey through time and space and experience the soul of the 20th century with the sheen of the 21st!