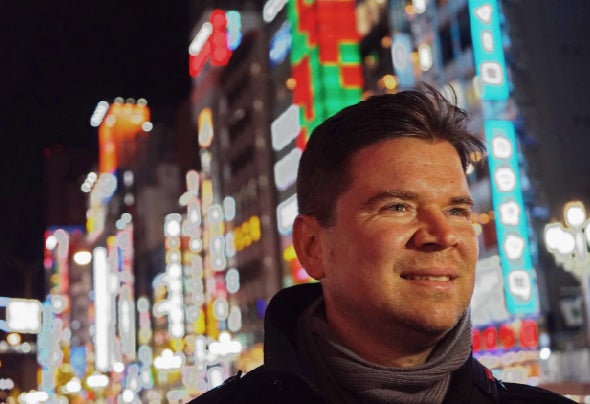 Philip Adeon is a Barcelona based electro and techno producer from The Netherlands, founder of Adeon Records. He expresses a new way in which electronic music is conceived and presented in the form of cutting-edge electronic music and visuals inspired by Japanese cyberpunk, human innovation, and scientific advancement. Apart from deep, hypnotic and melodic techno with loads of character, a new wave of contemporary electro music, produced by himself plus other well-known and lesser- known artists on his label Adeon Records will be the characterizing trend. Philip intends to redefine electronic dance music in a particular way. His studio, jam-packed with electronic instruments that marked the worldwide electronic dance scene since day one, such as the original Japanese Roland TB-303 (acid), TR-808 (electro) and TR-909 (techno) machines are still his go-to tools. Combining these with modern hardware synths, midi controllers, synthesizers and virtual instruments, he manages to stir their exuberant sounds into a harmonious melting pot of finely produced electronic music. The forthcoming introduction release on his label Adeon Records promises precisely this. In Philip Adeon's own words: "I am honoured and grateful to have a remix by the electronic music legend, Funk D'Void on my label's inaugural release. This remix is only one of the freshly produced tracks included in the four-track debut techno/electro EP, which sets the stage for what is to come. A series of exciting Adeon Records' releases with surprising artists, to be announced shortly, so stay tuned!" Please follow Philip Adeon and Adeon Records on Instagram for news and upcoming releases:@philipadeon @adeonrecords