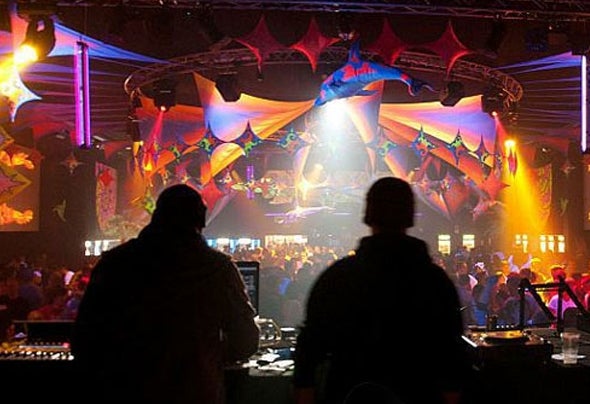 Orgonflow was founded by Martin Ruckli (DJ Amanita) and Thomas Kunz (DJ Syntax) in early 2002, as they decided to move together and produce Psy-Trance. They’re supported by Sascha Santschi (DJ Sanschay) since summer 2003. In January 2006 Thomas Kunz will made a break for an undefined time.In the end of 2006 the debut Album No Time to be Sick where finished and released on Woodroom Records and went around the world. After a while more and more Sascha Santschi was the one that pushing the Orgonflow project forward, still with Martin Ruckli in the backround.Now they are supposed to be playing at the most various parties in Switzerland and around the world like Universo Paralleo Festival in Brasil. Behind them lies quite a way of learning by doing, using their senses, their abilities and facilities. But the most precious help and assistance they got from their friends, like Simon aka Freakulizer (Alchemy rec.) and Michi aka Dancing Devil (Woodroom rec.)