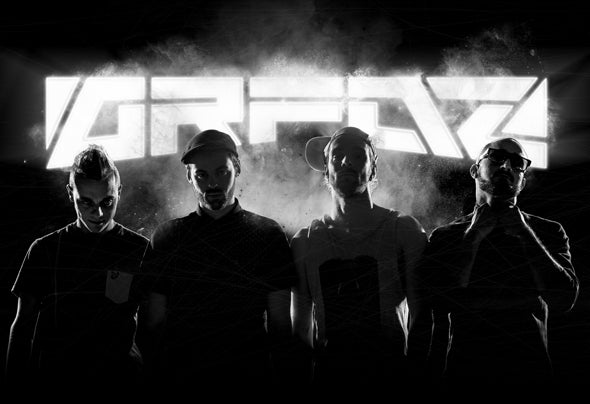 ÖRFAZ is composed by 5 Electronic music producers coming from Paris suburbsAfter mixing all the different musical influences they got during a production period, they decided to get on stage at the end of the year 2011, performing "live" all their productions with such instruments as electronic drums, bass & guitar, Turntables and pads.Their music is travelling through a lot of Electronic music styles, beeing truely influenced by Dubstep but also taking many other influences proper to each member of the band. ÖRFAZ, a live Bass Music band who released its first EP, "Magnetik" at the end of the year 2012, and its second, "Rolleen", in 2013, representing very well what's to be heard in the future.