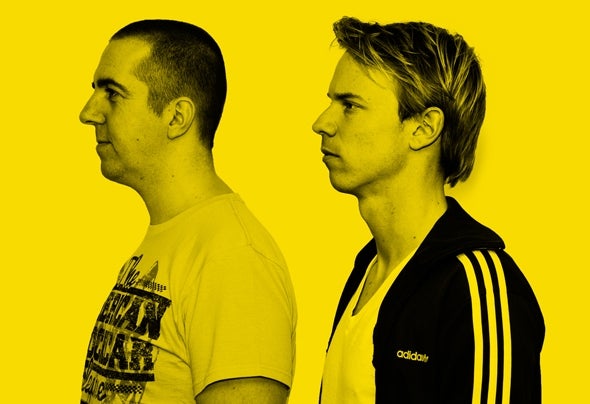 “Yes, I’d like to sign this!” is the first reaction the nu-breed techno music duo ‘On/Off’ received from one of UK’s leading techno dj’s and producers Alan Fitzpatrick. The dangerously sounding “Ambush” is the main track of the first release by this new and exciting new DJ and live-act hailing from the Netherlands. Holland has been the breeding place for many internationally renowned techno artists such as Secret Cinema, Egbert, Steve Rachmad, Joris Voorn, Michel De Hey and Remy to name a few.The sound that On/Off represents can simply be described as dance floor minded, throbbing techno music. Influenced and inspired by legends such as Speedy J, Adam Beyer, Dave Clarke, Carl Cox and Chris Liebing they began collaboration on various projects forging their own unique sound in the progress.On stage when performing live, On/Off combine their own tracks and arrangements with catchy loops and a wide variety of soundscapes. Doing this live, it allows them to create something unique every time they perform. There is no clear set of rules, just inspiration of the moment and the people on the dancefloor.In the studio things are going really well. After their succesful debute release “Ambush” on Alan Fitzpatrick’s 8 Sided Dice imprint, their music certainly did not go unnoticed and it maintained a firm position in Beatport’s techno charts. Ambush saw support from most major names in techno such as Adam Beyer, Joseph Capriati and Secret Cinema. Actually, Secret Cinema was so much into On/Off that he featured a track on his mighty Gem Records and also signed a two track EP which will be released later this year. In the meanwhile another whopping 3 tracker “Scold EP” saw daylight on 8 Sided Dice, and the next one is has been scheduled for october.Furthermore the duo also scheduled a 3 track EP on Sasha Carassi’s “Phobiq Recordings” and Remy’s “Fone Audio”. On the remix side they just finished a remix for Tom Hades, forthcoming on LMTCM. They also wrapped up a remix for Nima Khak, which will be released on Jesper Dahlback’s International Sound Laboratory (ISL) as well as a remix for Miniminds to be released on Rekluse. Watch this space for more updates!