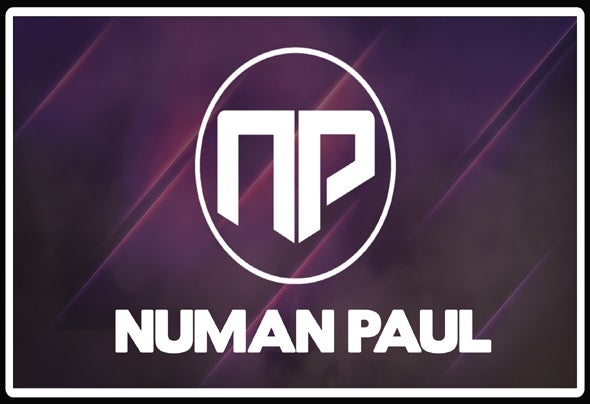 “I’m addicted to music and if I’m not working on a track, I get withdrawal symptoms”, says Numan Paul, whose obsession with creating attention-grabbing music has helped him emerge as an exciting new prospect on the EDM scene. He has been making waves with his distinctive sound, which he describes as “epic, uplifting, progressive and melodic with elements of Electro, House, Dubstep, Trance and Disco”. Numan is fast-gaining respect from fellow musicians looking to collaborate and continues to win admiration from music fans and industry all over the globe.Numan Paul is naturally non-purist and doesn’t get too preoccupied with sub-genres, due partly to an eclectic mix of influences ranging from Kraftwerk, Orbital and Daft Punk to Duran Duran, Radiohead and System of a Down. “I don’t mind where it fits in as long as it’s good.” This multi- instrumentalist has dedicated most of his life to evolving his sound and can’t remember a time when music wasn’t dominating his existence. At the age of six, Numan figured out how to over-dub vocals and instruments using an old karaoke machine, putting together his first demo with his brother.Since then and until 2011, Numan Paul played in a range of bands including lead guitar in a metal band, MC in a live Drum & Bass crew and synths in an Indie Electronica band. This all added new tools to his creative arsenal and inspired him to get behind the production wheel full-time. Ultimately, his love for dance and electronic music won out, and this talented producer has continued to sharpen up his techniques, whilst building his own studio. Earning immediate praise for his uplifting, epic and powerful creations.Numan is currently busy producing collaborative tracks and remixes whilst working on his own original material. Inspired by the current EDM scene, he is working tirelessly to write and produce material that is electrifying and inventive yet still has timeless appeal. “Music is more exciting than ever for electronic musicians like me” – says an enthused Numan – “this is our time!”This self-confessed music addict has no plans to go into therapy anytime soon and is instead bent on creating stunning music that pushes boundaries and turns heads across the globe. Hold onto your speakers! Numan Paul also produces, writes & performs with Nu Disco, Indie Dance band Starlight Pharaoh.