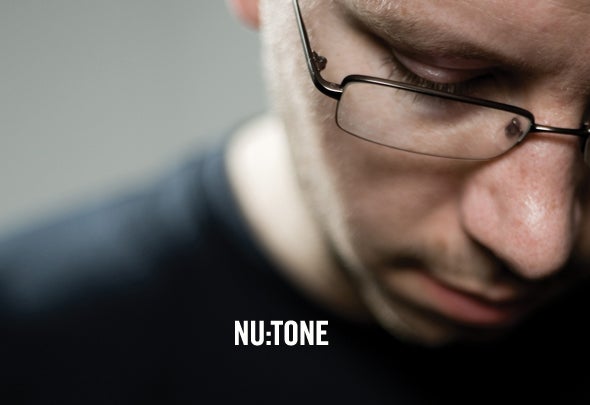 Born in 1976, Dan Gresham aka Nu:Tone, started piano aged 8 and joined Jesus College choir in Cambridge a year later. He studied music at Durham University, and having secured a college radio show met a young John B. They shared broadcasts, established local clubnight 'Substance', and Dan went on to engineering studio sessions for John. All these good vibes led to a debut vinyl release with John's Beta imprint in 2001: ('Grand Central' / 'The Boss'). Since signing to Hospital in 2003 Nu:Tone has come through the ranks to become one of the most highly respected producers in the scene, with everyone from LTJ Bukem to Dillinja busting his tunes. Nu:Tone's remix’s are always guaranteed to please – whether it’s the retro soul of his Spread Love anthem or the junglist wobble of his "Strictly Social" Re-rub. His debut album Brave Nu World dropped in 2005 with all of the Drum & Bass' hierarchy supporting it. DJs Norman Jay M.B.E and Tom Middleton also made Nu:Tone a favourite of their eclectic sets. Off the back of this success Nu:Tone has taken his DJing all over the world spreading hospital love from the USA to Asia to Australia. Somehow he has also found the time to remix Alice Russell, Quantic and produce a track for Jenna G. After a short break creating a mini Nu:Tone, Dan has come back super strong in 2007. His stunning album Back Of Beyond dropped in June 2007 with critics hailing it "Top Class" - Knowledge Mag, and DJmag describing the album as "The perfect marriage of accelerated junglist funk & cooled-out 70s melody". Cuts from the album such as Missing Link, Beliefs (with Pat Fulgoni) and System (featuring Natalie Williams) have all been ripping up the UKs dancefloors as Nu:Tone continues to make fantastic tracks for both on and off the dancefloor.