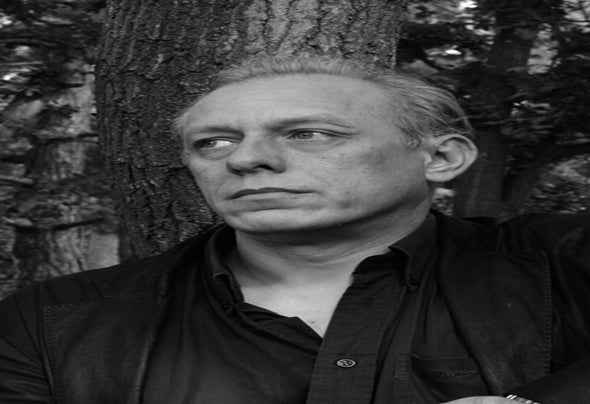 When Paul Spectrum first heard Nag Nag Nag by Cabaret Volitare in the late 70's, he knew that his musical journey had begun. During those early years, he sought out the abnormal and encountered the dark electronic industrial pioneers, Throbbing Gristle and SPK. Like most people at that time, Paul was a member of several different punk bands, playing drums and singing. Soon he became a fixture on the London punk scene and regularly played shows in clubs and festivals around the country.His subsequent experiments with drum machines and synths allowed him to infiltrate prestigious venues such as The Marquee and Ronnie Scotts – However; there was a new sound emerging that would capture his interest. Upon hearing tunes from Detroit, Paul knew he had found something fresh and dynamic. Cutting his teeth, playing techno at underground raves and the London Gay scene, he went on to DJ at Trade and Eurobeat 2000. As well as holding several residences, he composed and performed his own dark ambient productions in chill-out rooms across the country. Paul’s horizons continued to expand, as he was commissioned to play at galleries and art events. Later he would perform a 60 minute piece for an alternative dance event at Saddlers Wells But that’s all in the past. Paul is Nomad Spectrum. Crafting a unique and inspiring sound, he produces a spacey dark flavour of techno. With many releases on Alien Force Digital Label, Rough Rabbit and Dark and Sonorous already under his belt, rest assured that there are more future techno releases in the pipeline. He is the Co-owner of Dark Material Podcast and has his residency on Fnoob Techno Radio called Distant Void where he plays flowing, experimental and industrial dark techno. Contact for bookings and remixes nomad_spectrum@fastmail.co.uk Web:http://soundcloud.com/nomad-spectrum http://www.youtube.com/user/NomadSpectrum