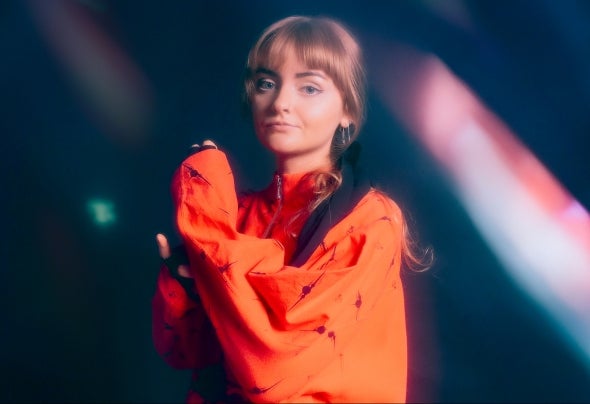 With a sound that embodies a rich, opulent atmosphere and a awless touch in the studio, Ninajirachi is truly in her own lane. The Australian triple-threat producer, songwriter, and DJ moved the needle with her record-breaking debut single, 'Pure Luck', which topped the Spotify Australia Viral charts and became 2017’s second most-played song on triple j — Ninajirachi’s musical aptitude reached audiences far and wide before she even had a chance to graduate high school. Beyond her own releases, Ninajirachi has lent her savvy in the studio to remixes for artists including Flight Facilities, Anna Lunoe, Hermitude and more. In 2019, Ninajirachi was March’s resident DJ on Mix Up on triple j, released her rst sample pack with Splice, delivered guest mixes for BBC 1XTRA and Diplo & Friends, became the rst Australian producer to be featured in Ableton’s One Thing, and even co-wrote and produced the ocial anthem for Australia’s Matildas in the FIFA Women’s World Cup. In the midst of all the madness, Ninajirachi released 'Water Gun / Stingray' via Nina Las Vegas' NLV Records, which garnered praise from her peers and a premiere from Mixmag. Ninajirachi has performed at major Australian festivals including Splendour in the Grass, Field Day, Falls Festival, Listen Out, and more. She has supported artists including Mallrat, Crooked Colours, Hermitude and What So Not on tour. Standing tall as an immovable force within electronic music, the only way for Ninajirachi is up.