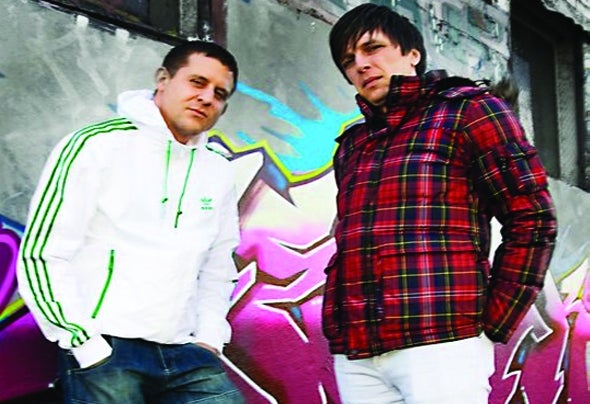 Nick Kopout (Niko) has been Dj'ing and producing for around ten years now and is most renowned as a solo DJ playing @ club nights such as Simma, Misadventures & We Love Sundays @ Space Ibiza. He is resident at club nights Essence & Yoruba where he can be seen regularly working the dance floor. 2010 was the breakthrough year for Nick as he performed in destinations across Europe such as the French Alps/Ibiza and London, but probably most significantly he teamed up with Slinkys Tim Lyall to form the production duo Niko & Lyall.Tim’s DJ’ing career began 19 years ago filling in for a Miss Moneypenny’s DJ he later flourished at classic venues such as The Gardening Club and the legendary Madison’s in Bournemouth. With a growing reputation, he went on to play across the UK at The Cross, Peach, Po Na Na, Evolution, Club M, the Tunnel, Roar, Escape, Passion and many more. Tim has rocked huge crowds across the UK at Homelands, VFestival, South Coast Weekender, Wakestock and numerous Slinky Arena Tours. Tim has taken part at Nature One Fest in Germany, MTV/Slinky beach party, Boracay Beach and several tours of Australia and New Zealand with such names as John Kelly, Leroy Thornhill (Prodigy), Public Enemy, Lee Haslam, Tribe Called Quest, Tripper, B.L.I.M, Sander Kleinenberg and Eric Morillo. As a Slinky resident for 8 years Tim’s gained a wealth of experience from playing alongside the biggest names in the industry including Fergie, Tiesto, Judge Jules, Seb Fontaine, John Kelly, Paul Oakenfold, Lisa lashes, Eddie Halliwell, Carl Cox, the list is endless. Even in this exalted company Tim more than holds his own. His musical style incorporates everything from House, Breaks, Progressive, Techno and beyond, placing him firmly at the cutting edge of today’s DJs.Together these two have been smashing out killer production work with numerous bootlegs being caned the world over and amazingly on their first official release (Remix of Atlantic Drift - Another Day 2010) they got a feature on the Ministry of Sound Mash up Mix 2010 compilation CD which got raving reviews.2011 was a cracking year for Niko & Lyall also with gigs & festivals supporting the likes of Pendulum, Drumsound & Bassline Smith while having numerous tracks released on labels such as Ispirato, Up:start Music & Born 2 Dance Records which also recieved rave reviews in high street magazines Mixmag, DJ Mag and website Tillate.com.With current track support from the likes of Judge Jules, Brandon Block, Joshua Roberts, Lisa Lashes and another Ministry feature on the way it's looking like another exciting year for duo!