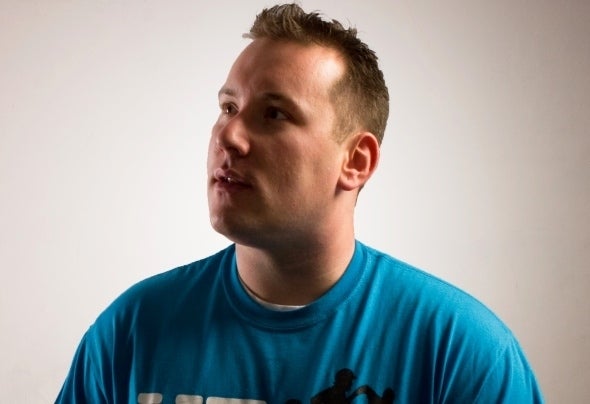 Ne·o·ter·ic : A modern person; a person who advocates new ideas. (We had to look it up too). Forever on the search for the perfect beat, never constrained by genre, nor expectations. We can all admit, it's not the best moniker ever thunk, but it's certainly fitting. It's this tireless dedication and undeniable passion for music that has established Neoteric as an internationally renown touring DJ, producer, and tastemaker.Beginning in Canada, and continuing now in Europe, 2011 has been a breakthrough for Neoteric. A collabo with Crookers, the Gonzo 'Springer' saw massive supports and festival plays from the likes of Jack Beats, Annie Mac, even Erick Morillo got down. Followed by the anthemic 'Go Deep' (with Australia's Wax Motif) on Fatboy Slim's Southern Fried Records. Heavy charting and plays from folks like Diplo and A-Trak catapulted the track into a top 5 chart hit. From there, the pair remixed T he Rapture to great effect, prompting even the mighty Dutchman Tiesto to play it in his sets. Not a bad year, which also saw remixes and releases on labels such as Trax Records, Defected, Mad Decent, Slow Roast, and Lektroluv.As bright as the future looks, the works of the past can't be forgotten. A noted tastemaker, Neo's worked with legendary producer Switch as Dubsided's A&R, and helped sign countless other names we all know, to labels we all admire. His compilation series 'Turned On' now spans 2 volumes, and are available on Discobelle Records.Another side project with U-Tern named 'Smoke & Mirrors' saw the duo remix the likes of Major Lazer, Kid Sister, Tittsworth and others back in 2008. Around that time Neoteric and Matty C started 'The White Light Mixes', a podcast series based on the music of the night, of time and space, and everything cosmic. We implore you to listen!The world has been good to Neoteric.Asold out gig at the legendary London institution Fabric, an Amsterdam Dance Event showcase at Melkweg, plus gigs from Miami to LA, Zagreb to Berlin and everywhere in between.Australian and Asian tours, a Scion radio show (with Smalltown DJs) and releases forthcoming on legendary labels, times are busy. But if anything, we hope you recognise the passion and obsession to try to bring you music that feels good. Hopefully it's this passion that ultimately defines him.Artist Bio