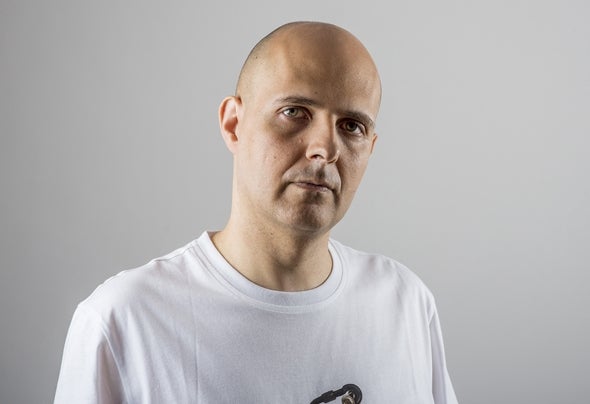 Nem3si$ has had music running through his veins since the age of 4. Born Mustafa Alici; in Rotterdam, Holland; it was the influences of his musical father coupled with the encouragement and belief of his mother, that would transcend Neme3si$ into the child prodigy he became. A well trained, disciplined and dedicated classical pianist, at the tender age of 10, his family and tutors had high hopes that a promising career in the world of classical music undoubtedly lay ahead. But when Nem3si$ grew older, it was during the early years of rave - when the scene exploded - as did Nem3si$’s excitement and undying love for electronic music.Once he made the full time switch to focus on electronic sounds - his career took off. Making music under different aliases in many genres, his tracks varied greatly in style but had one constant in common - they were all highly successful. Scoring club hit after club hit, Nem3sis tracks, under his various guises were everywhere - and most DJs had at least one of his creations in their record box, even if they didn’t know it. From the hardcore music of Underground Nation of Rotterdarm, to the melodic trance anthems of Steve Morley, the floor fillers of Clubbers Delight to the pure psychedelic sound of System E & Sons of Shiva- Nem3si$ had made his mark. Already performing from a very young age, it was inevitable he would take his place behind the decks and become a much loved and highly rated DJ, raising roofs at some of the most renowned events around the globe.His love for techno has been a constant throughout his career, and this love for the genre stems from his early clubbing years and has never left him, even when his musical journey led him into different directions. Recently the lure back became too strong to resist and Nem3si$ has been reborn. Back bigger and bolder then ever; Nem3si$ has returned to the studio and delivered the first batch of timeless tracks.