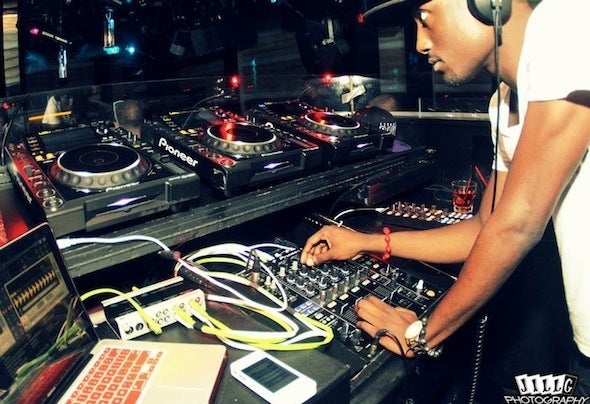 Nate Boss is a Brooklyn born NYC talent. Nathan started his music career as a DJ manager several years ago; he quickly realized to have any kind of impact on the NYC nightlife he would have to surround himself with the correct people. He took on a role as a promoter to get his name out there and learn from the NYC locals. Basic ( Sleepy and Boo ) took Nathan under their wing, after noticing his enthusiasm for music and his ear for music, good music. Over the past year he has expanded that ear and developed his DJ skill opening for Steve Tek (Cielo) , Sleepy and Boo (Basic) , Alan Fitzpatrick , Steve Lawler , Paul Ritch & more. Nate Boss is currently partnered with Russian native, Max (Eskuche). Together producing their own blend of tech-house and techno, their original productions ‘Maria’ and 'Tripping' have been realized Locally also internationally through Nervous Records (NYC) and Zeitlos Music (Europe).