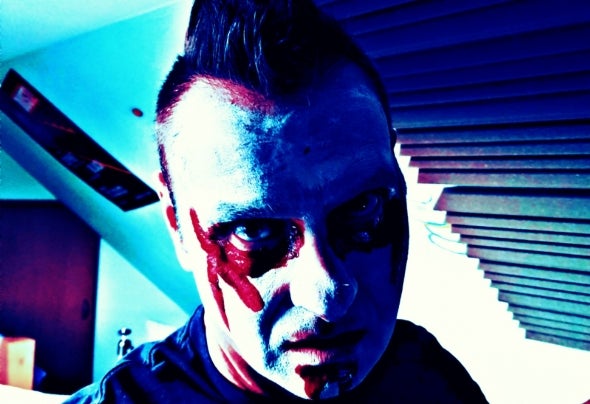 N.G.aka NervenGestalter is a German producer, remixer and live act. Born in Köthen, Thomas Böttcher moved to Nuremberg in 1995, where he lives today. His musical career began at age 16 with turntables and mixer playing at private parties, he was a crazy techno freak since childhood. In 2010 he started building his own studio to produce his own sound and tracks. He has successfully released tracks on Uptrax, Soundcloud, You Tube, Facebook and Zimbalam. Labels have been catching on with him as Drehmoment and Drehpunkt Records / Subwoofer Records / Mona Records / Beats Recordings / Ilisho Records / Ingra Records / In-Genius Records where he's released regularly since 2015. N. G. is a highly motivated crazy techno-live act driven by a passion for music. His impulsive style lets him create his live sets that balance perfectly between thumping bass, crazy melancholic tunes and intoxicating sections. He knows how to make people wild lets dance and dedication to total ecstasy or just lets feel the power and beauty of techno music. N. G. offers a wild techno ride and lets the audience feel a special intense atmosphere. He put it in Mark Salzburg, twice in Nuremberg in the house 33, Frankfurt in Karlson