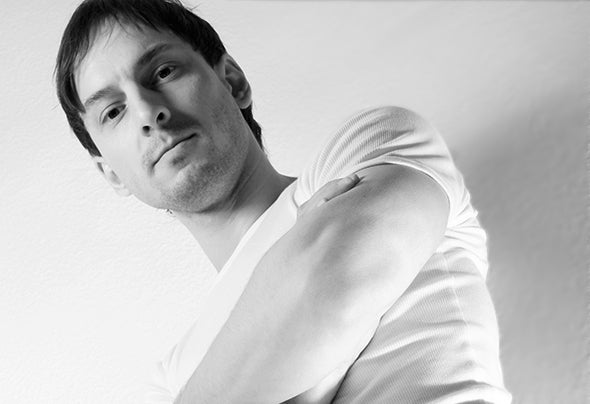 MUCERO, alias Thomas Gondi, was born and raised in Weimar, Germany. He sees his musical skills rooted in his own family. His father, who was himself a studio musician, influenced him since his early childhood. Therefore, it is no incident that he took a strong liking to synth sounds of the seventies and eighties. It was his father who introduced him to Jean Michel Jarre’s „Oxygene“. That moment and that very album reinforced his interest in electronic music – and keeps doing so to this day. Bands like DAF, Der Plan, Die Krupps or Kraftwerk, who combine musical styles such as synth pop, electronic funk or Detroit techno, also had an influence on him. In the early nineties, electronic music manifested itself through media influence and radio channels such as “DT64“ or “HR3 Clubnight“. Depending on the show’s host, they played a broad range of danceable hip hop, rap, techno, trance or trip hop. “I wanted to play that same juicy mix”, says Mucero. Before long, a music scene was formed in his hometown which made it their business to organize initial shows – Mucero being among those pioneers. “We bought our first records and played them to a wide public”, says Mucero, now forty years of age, enthusingly. There came a time when playing someone else’s records just wasn’t enough anymore – he had to produce and perform his own music. He traded his turntables for an Atari computer, a Cubase MIDI-sequencer and three of his father’s synthesizers and composed his first musical tracks. Composing and experimenting with sound with the aim of translating his own ideas into music is a desire still growing in him.