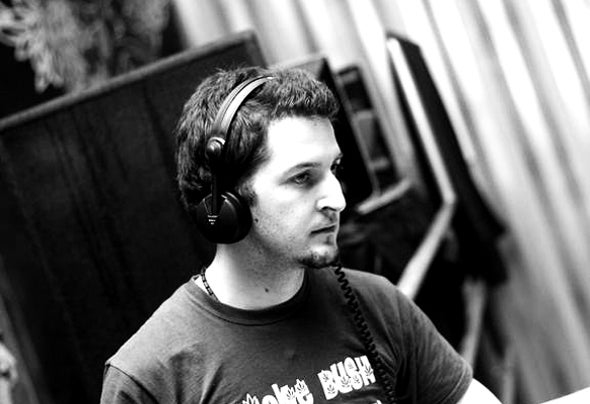 Born in the south of Romania in 1981,Mantulescu Ionut aka Mr.John started listening to electronic music when he was quite young.His excentric style and strong personality helped him a lot to exceed the limits of usually djs, mixing a lot of old funk grooves with drops of detroit techno.Due to his passion for house music he decided to start mixing 2000 being the year when he played in a small club.Later on in 2002 he became resident in Old Nick Pub, the local best club . The story doesn’t end here, after wards he started sharing his music and plays in places like:Studio Martin.Club Violette,Club Zoom,Silver,Traian 42,Barocco.. 2008 became an important year for Mr.John as producer and in 2009 he signed with labels like:Quanticman Rec,Italo Business,Tapas Rec & Sonora Rec. Mr.John makes a big step and plays some sets at different radiostations some of them being :Justmusic.fm,Pure.fm,One fm,Ibiza Global Radio and Frisky Radio. He is now hosting his own show on Radio Ph(Prahova) and can also be found at Old Nick Pub.