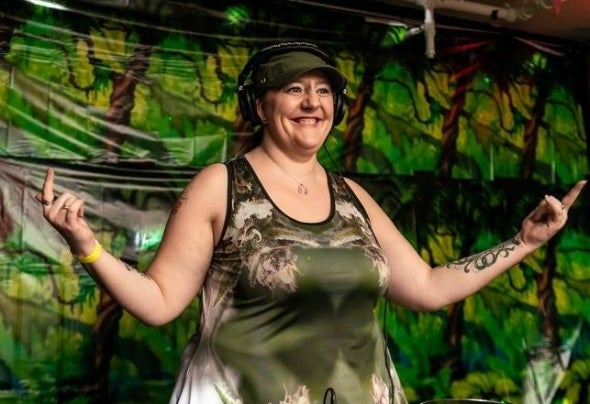 Mindy Christman, a.k.a. Miss Min.D, is a sought-after musical force in the Seattle dance community. She’s been rockin’ the dance floors since 2003 and her passion for her work, both on and off the decks, is as empowering and inspiring, as her vibe is energetic and infectious. In 2005, she co-founded Skunky Beats, producing all-age events from Bellingham to Seattle. In 2007, she also co-founded the record label DJ4NORML to help benefit the legalization of marijuana. Although a short-lived project, she found something special about releasing tracks on vinyl that made her hungry for more. When Skunky Beats ended in 2010, the focus turned solely to her DJ career until her hiatus in 2012. Co-founding Fraktured - Home of the Broken Beat and taking the lead, as production manager and head promoter, Mindy helped revive breaks, a once thought a dead genre, and now runs the most successful and longest-running weekly event in Kremwerk history. With a crew of over 20 local DJ’s, the brand has grown to represent and creatively combine broken sounds such as UKG and DNB, also boasting a successful year of bi-monthly Friday nights at Monkey Loft. Earlier this year she was approached by the founder of Underscore Recordings, Hector Rodriguez. He chose Mindy for the launch of his vision because “she is a passionate and rare gem of our community who’s the perfect fit to understand the hard work and dedication that we provide musically.” Using her knowledge and talents to help others in the community to achieve their dreams, Mindy has a gift of providing focus and direction for the dreamers with big ideas, who need her organizational genius to turn them into reality. Whether she’s promoting, producing events, mentoring others or performing as one of this city’s most loved DJs, the community knows Miss Min.D to be extremely genuine, uplifting, welcoming, diplomatic and a trusted source of knowledge on how to be successful!