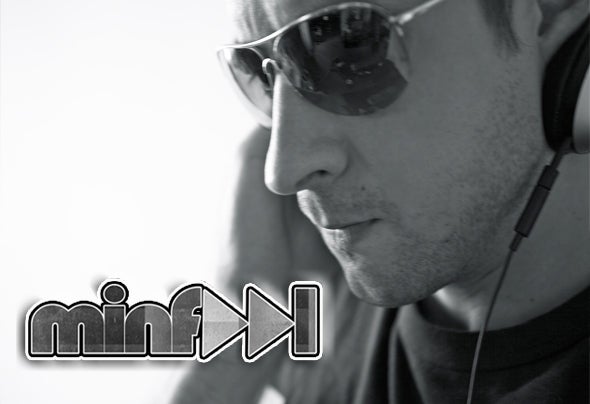 MINFEEL, aka (also known as) Philippe Sancier, is the new Minimal tech / House project of SENSIFEEL. From his studio in Paris to the vast regions of Brazil, Minfeel became a derivative solution for the regeneration of European influenced House music borne of the globally renowned Sensifeel/ Cyklones [an eclectic hybrid Trance collective. From his psytrance musical stylings to a planetary psychedelic movement, Minfeel was spawned by the seductive Brazilian dance culture. Deciding to showcase a more diverse side of his work, Minfeel’s unique House experimentalism debuted at La Loco in the communal districts of Paris, Ile-de-France. His desire to introduce an aesthetic sound to the local literati spanned an increasing demand to play in neighboring countries such as; Germany, Sweden, Austria, & Switzerland consecutively. All within an astounding three-month turnaround time, riding on highly-acclaimed performances, Minfeel presented his House rhythms back to the rooted allure of his South American sweep embarking in an expansive tour through Sao Paolo, Marilla, and the dens of Belo Horizonte. With an impressive initial dossier, Minfeel will take greater heights to expand his creative explorations of House music to the States. Attempting to bridge over and break the barriers of American nationalism greatly influential to his future flow from electronic music to a grittier and urbane House groove, like but not compared to Laurent Garnier respectfully, Mi nfeel specifically set his sights on Chicago and New York City with aspirations to perform in California and South Beach Miami. From the godfathers of House to the founders of Detroit Techno, it is a natural evolution to start with the Midwest. On a personal evolutionary track, Minfeel originated his “feel” for the bpm rise with a transcendence in Reggae tones in 1996 though he professes music was in his blood from a much earlier age. His breakthrough advanced from Dub / Drum & Bass, including all forms of Electronica concentrating mostly on progressive mutations. Already mesmerized by the European underground psychedelia, Minfeel was drawn to the artistry of James Monro, Sebastian Kruger, Lunatic asylum, Slinky wizard or Atmos. Presently, what moves Minfeel are his soulful experiences and adventures symbiotically encompassing all the colorful people he encounters. Based on an infinite array of world music and the Dj stylings of his counterparts, Minfeel attributes much of these impressions alongside working partnerships with top artists. Hiscuriosity drives his music and inspires his spiritual quests to improve in all formats of life. Albeit Minfeel himself being a solo project, he thrives on making connections and mel odically synthesizing all elements of his existence into his music career. On the cusp of his musical quest, Minfeel dares to work the festival scene from not only his creative angles but compels to independently tackle the business arena. This brainchild shows great promise to excel in any scene, in any environment, anywhere.