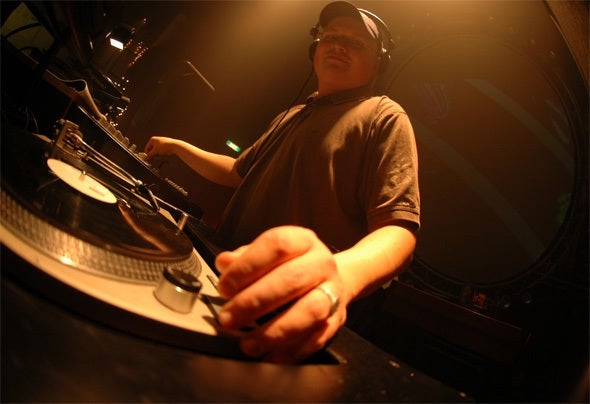 MILO.NL real name is Michel Beugel, he was born at 30-05-1975, and he comes from Lichtenvoorde, a small village in the east of Holland. As a little boy he always played with daddys old turntable at the garret, day in day out just pretending he had his own radio program. And because his father had an big collection of vinyl albums he never get bored. So he grew up with music around him. He was always very interested in mix cds and deejays but never thought about to give it an try untill he met DJ ZEMTEC and RAYDEN. These two guys taught him how to play vinyl records and how to mix them properly. He also learned a lot from an old colleague Michel Besselink, also known as DJ Oliver and resident DJ at City-Lido in Groenlo. He bought two Soundlabs and got a lot of records from him to practice his mixing skills. He also bought a mixer and this was the beginning of his dj carreer. From the start he played Club/Trance and Hardstyle but nowadays he only plays Tech (Electro)-Trance. His fist performance was in the Pan, a club in Silvolde, and from that first night he played at every Utopia party in the Pan. When he was allready mixing for a while, he met more and more people in the dance scene and those people also learned to know him. This resulted in performing at a lot of different clubs and parties.The Radio In the year 1999 he also started a programme at the radio. He did this programme together with DJ Rayden and Mark Beernink (radiohost) on Dalux FM (radio Lichtenvoorde). The programme, named Into the Night, was a three hour dance programme on saturday evening, with the intention to get the people in a good mood before they go out to the clubs or a party. In September 2000 he was asked by Discothek Zak to make dancemixes. These mixes are broadcasted every Saturday between 21:00 and 01:00 at Hot Radio in a programme named: Hot Radio DanceParty. Also the Hot Radio Dance Yearmixes 2000, 2001, 2002 and 2003 were compiled and mixed by him. At February 2002 he was asked by Discothek Worldcenter to make dancemixes for them. But in the year 2004 he decide to quit with the Hot Radio Danceparty to make more time for producing. Releases After his first record called I Take U There wich was released in the year 2001 on the german label UpBeat Records he change his style because hardstyle was very upcoming he decided together with Raymond Geerts and Feico ten Brink to start a hardstyle project called Zemtec. The releases of Zemtec were at the mighty hardstyle label Seismic Records in Rotterdam. And those three releases wich called Bring me your silence, What? and Amen were huge suported by the globel hardstyle DJs. But in the year 2004 he met CJ Stone and from that time he likes to produce more different styles like (Progressive) Trance and Electro, Progressive-House. These projects appears on labels like Ministry of Sound (Germany), Spinnin Records (Holland), Armada (Holland), High Contrast (Holland) and Refuge Records (Holland).Just to name some. Re-Fuge Under this stage name Michel plays in many clubs around Europe pumpin house music. Because under this name he did many remixes for huge artists like Benny Benassi, Svenson & Gielen, Voodoo & Serano, Marc van Linden, just to name a few... And his music is supported by Tiesto, Axwell and many others.